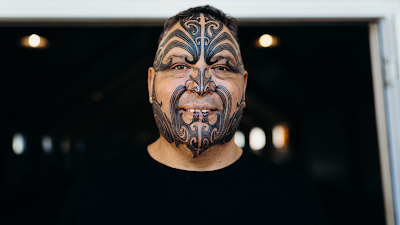 TĀ MOKO – BEHIND THE TATTOOED FACE
Bernard and Sapphire get Maori face tattoos in order to honer their family and people.

Excellent short film about two siblings who get face tattoos  in the tradition Maori style. Showing us the celebration around the tattooing we come to understand the meaning of the markings and what they mean not only to the two but to their people as well. 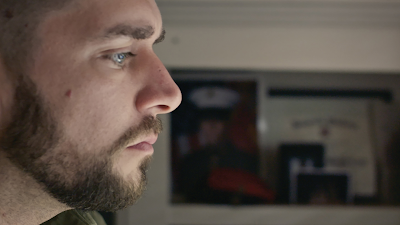 VOTE NEIL
This is the story of Neil Rafferty's run for the Alabama Legislature. He is attempting to become the first openly gay man to serve. His campaign manager is his fiance Michael Rudulph.

It is a lovely  film that I want to see expanded to a feature. Yes everything we need to know is here but the film hints at a great deal more bleeding off the edges of the screen in particular Rudulph's feelings at what the end of the campaign might mean and where is he going to go.  With in the statements of Ruduph is a whole universe of emotion and possibilities that we never ever see in political documentaries.

This is not to sell the great VOTE NEIL short only to suggest that perhaps a feature might be greater. 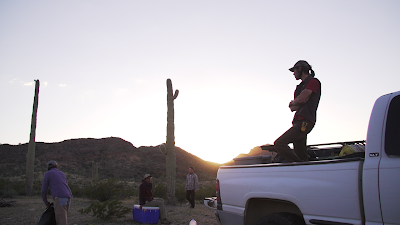 USA V SCOTT
Scott  Warren was charged for harboring undocumented migrants and threatened with 20 years in prison. His crime was giving food an water to a couple of guys who passed through his town of Ajo. Scott as being made and example since his organization  leaves migrants water in the desert so they won't die. (there is an incredible death rate outside the town). The border patrol searches the desert and intentionally dumps and destroys water in order to act as deterrent to the migrants.

Great film forces you to ponder what is the right thing to do. Do you help the people who need water or do you let them die because the government says so and  threatens you with more jail time for stopping a murder than a murderer will get.

What I love is that discussion is never really framed as should these people be coming, rather shouldn't we provide basic human kindness to people in distress. Yes Scott is aware of the other issues but his basic  idea is lets not let anyone die.

This is beautifully reasoned film that will really make you think.

Recommended
Posted by Steve Kopian at May 07, 2020