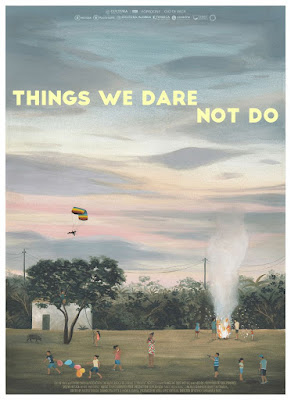 It begins with Santa on a para-glider dropping candies from the sky on Christmas morning. From there we watch life transpire in the small Pacific village  in Mexico that Santa visited. We see the ebb and flow of life through spending time with the children and with teenager Nono who wants to come out to his parents and live life as a woman.

This is a film that is best seen going in blind. The less you know the less you expect the better it is.  I went into the film expecting fireworks and instead I got the flow of life. We watch the kids in the town  at the start and then over time and we focus in on Nono who is clearly older and largely in his own world. Nono revealing to us early on that he wants to dress as a woman is handled matter of factly. It just is. The film then drifts in and out of life in the town and Nono. It's a slice of life.

The trouble is that going in the promotional material talked about a killing and Nono's coming out. The killing occurs about half way in and we hear it off screen while we are at a village celebration. It then kind of dances in and out of the story line. The material also puts Nono's coming out in the fore front, but while it hangs over the film it doesn't occur until almost the end of the film. That doesn't make it any less important it, simply means that the context the press material gives events in the film is different than the actual film.

This is much less a coming out tale than a portrait of the village life. We see the kids play and laugh and interact. We see get a glimpse of the society around them and social structure that allows casual violence, the kids are frequently hitting each other, and machismo, you see the divide between men and women. It's an eye opening tale.

I liked THINGS WE DARE NOT DO. I liked it more once I stepped away from the expectations I had and just let the film wash over me. I let the film do that and I found it opened up to me in ways unexpected, with the result that the film felt much deeper than what I was expecting going in.  If you can  can just take the film for what it is, if you can let the film hit you with its quiet power then you will find that you will be moved. 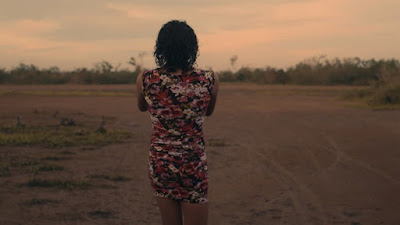