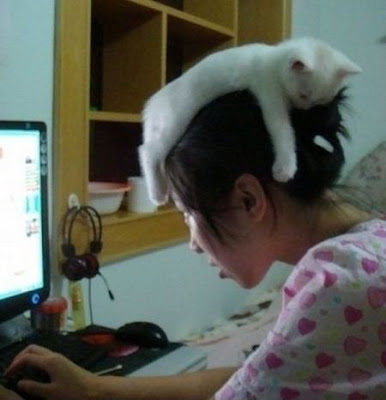 Welcome to the newly revised Sunday Nightcap for July 22 6.0.

I say newly revised because until Thursday morning this was going to be long fluff piece on all the things other than the New York Asian Film Festival that had been going on in Unseen-land. It was some quick words on some of the current releases and a few other things…

…and then something happened. Actually what happened was last weekend, and  two phone calls on Wednesday all of which combined to leave me with a great deal to ponder. So much so, that I think that I've changed this five times before this one.

The short version of the story is that last weekend I really began to learn how much Unseen is beginning to creep into people's consciousness. I ran into people on line who were reading us and I met some people from other outlets who commented on what we have been doing.

I also found that  I had hit the wall. This film thing has gotten crazy. As you know it’s been crazy here since late March with heavy coverage of things from Tribeca, KAFFNY, NYAFF and other series. On the train ride home from the Japan Society I started collapse and began to ponder how much longer those of us at Unseen would be able to work a full time day job and do what has been the last four months of almost full time job of film blogging. By the time I got home from the Japan Society I wanted to crawl into a hole and never see another movie.

I was hopeful that I'd get a week to decompress before heading into more Japan Cuts, if not I was going to shoot myself.

Wednesday evening began with a very good hour long conversation with Peter Gutierrez. For those who don’t know, Peter is man of some many talents, with an extraordinary knack writing fantastic  pieces on film, pop culture and literacy, for places like Twitch, Rue Morgue, The Financial Times,and his own Connect the Pop blog which marvelously connects bits and pieces of pop culture and history in unexpected ways. He is also one hell of a nice guy who will be providing an occasional piece down the road (more on that  and proper introduction closer to time).

In the course of talking about Unseen and film in it's many forms, I began to realize that there is a great deal of stuff that I want to do with the site that I hadn’t considered or hadn't approached correctly. Peter was connecting dots in my head that had always been there but we're just sitting in shadow. Over the course of our talk I suddenly found that these little light bulbs were going on as I realized all the things that I wasn’t doing or doing not as a well as I could have. Essentially he asked me the right questions and mentioned things he was interested in doing which got me me thinking about how to grow Unseen.

Much of our discussion concerned his trip and some upcoming pieces he was working on for Japan Cuts as well as other films he wanted to write up. Eventually, about the time I started to run out of steam, we started to talk about writing, how Unseen covers events and general Unseen business. Where the previous conversation was theoretical, here was a practical discussion about the growth of the blog and how we’re doing things. It was constructive conversation that was very different than the earlier one that put a great deal of the why and how of what we’re doing in to focus. Mondocurry had some good ideas about how we should be handling things.

By the time I got off the phone with Mondo it was close to midnight. Instead of the monsters coming out, ideas had. As I lay in bed, it was clear that Unseen has reached a point where how we are doing things is going to have to change. Somewhere the little blog that started as something to fill some spare time has grown to the point that it’s become a second full time job and then some. It was once a site no one visited, but now we are starting, to slowly get more and more hits, even to the point that people really know who we are.

Friday night I spent a considerable amount of the the night going back through Unseen and looking to see what you guys and girls are interested in.  Allowing that our first year we were largely off the radar, I've come to the conclusion that you all seem to love our festival coverage, our coverage of newer films, our Asian film reviews and anything that is really off the beaten path. Yes, we get steady visits for other things, but these seem to be the things that you seem to flock to. Of course my putting that together was purely unscientific, but that's what it looks like.

What I'd like to know what you'd like to see here at Unseen? What sort of films work for you? The mission statement for the site is to point out good  movies that aren't being seen, and that isn't going to change, but at the same time  there is wiggle room to cover things you all prefer. Feel free to either email or comment below.

I will say that as we head into the fall festival season look for changes. I’ve taken some steps to get some more timely coverage into the mix beyond the festival selections and the odd new release we stumble into. I’m also working out some moves to make it so that those of us in the trenches are less crushed by the weight of a film a day and all the festival coverage and our real jobs.  The hope is that what we  are writing stays exciting and not mechanical and by rote and has some use for you out there.

Please let us know what you want since I’m still formulating. Still processing. Not only do we do this for us but we do this for you so feel free to share your thoughts.

The last almost two and a half years have been a long strange trip, and from the look of things its going to get stranger and much more fun, so keep reading.


I should point out that over at Twitter I've started to tweet links to a number of our early posts which I'm guessing most people have never seen. Sure some of them are jagged and rough but it's where we started so if you want even more movies to read about follow the twitter feed at @unseenfilms

They found a copy of the 1927 program to Metropolis