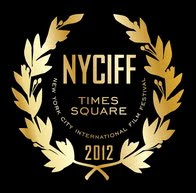 Tickets are on sale for the New York City International Film Festival and the related New York Film Mart.

This is the third year of the Festival which show cases a huge number of films from around the world.

This year the festival has 176 films which are screening in several locations around the city including the Ziegfeld (the opening Night Gala on 8/9), the Abingdon Theaters and Tribeca Cinemas.

The selection is a fantastic mix of features and shorts; documentaries and fiction films. It’s such a good selection that I’m really annoyed since I simply cannot get to more than a smattering of films (the problem being that the films counter program against each other…and some set in stone plans I have.) As of right now I and the Unseen crew currently in New York are trying to work out what we can get to.

I’ll keep you posted as to what we decide on seeing.

For those of you who want to dive in and see some for yourself, details on tickets and the films can be here.