REEL (2018) screens at the Urban Action Showcase Saturday an is a must see. 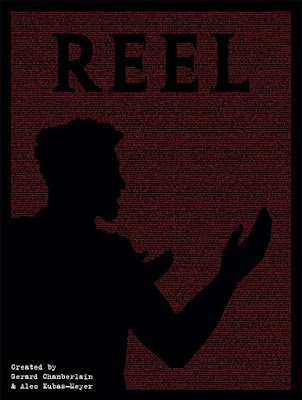 The plot is simple, an actor needs the footage from his latest project to add to his highlights reel. The trouble is the director won’t give it to him and he has to fight a series of “bosses” to get to the reclusive director.

Yes ,the film is structured as a video game but Kubas-Meyer and Chamberlain use it as a kind of visual short hand. Since this is a short and not a feature the structure allow them to move us a long at a breakneck speed. We know the rules from the wasted hours we all spent playing video games so we are willing to just go with what we are seeing.

The bread and butter of the film is the action sequences and they are kick ass. The best of the bunch is the first which is the sort of sequence that would be called instant classic in a big budget feature. It is the perfect mix of smart ass remarks and bone crushing action. The sequence features co-director Kubas-Meyer as the film’s producer and it’s so well written I can’t help but think he wrote all the best lines for himself.

And no offense to Chamberlain, but having seen a good number of Kubas-Meyer’s earlier films I think the fact that the film works is largely his doing. You can feel his rhythms, especially in the action sequences and in the editing. Please someone for god’s sake give him a feature film to direct.

Reel is a gem of an action film. I say that not because Alec is a friend or that I Kickstarted the film, but because it really is. I would not put my reputation on the line to say otherwise (and I’ve had no trouble telling Alec when he misses the mark.)

REEL is a film you need to find and see and treasure.

REEL is playing this Saturday at the Urban Action Showcase in New York and is reason enough to spend the day at the festival. For tickets and more information go here.
Posted by Steve Kopian at November 05, 2018