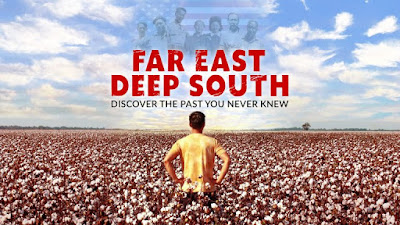 Far East Deep South is playing on The World Channel on Tuesday and it is a must. The film is a look at Charles Chiu‘s family as they leave San Francisco and travel to Mississippi in order to investigate his family’s history. It seems two of his relatives were buried there decades ago but no one will talk about what happened or why they never visit the graves.

An eye opening trip across America it beautifully explains what it was like and is like to be Asian in America. As Chiu travels he not only discovers his own family history but that of other Asians as well.

This is a super super film. I was half way into the film when I realized that in order to do the film justice I was going to have to watch it a second time. There simply was too much I wanted to discuss that I needed to go back through and make more notes. Unfortunately because of other commitments I couldn’t do that, so in the interest of doing the film justice, I am simply going to say do yourself a favor and watch Far East Deep South when it begins screening Tuesday.