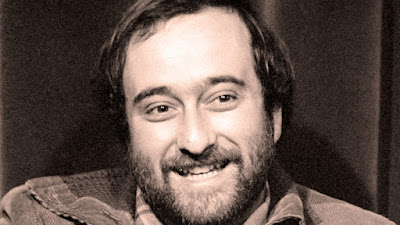 Portrait of singer Lucio Dalla focusing on his rise to fame in the mid 1960's on through the 1970's.

This is an okay biography of a singer I only had a passing familiarity with via the recordings played by Italian relatives. Its a film that mixes a good number of period interviews and footage of Dalla with a couple of interviews with two key people who knew him. The result is a mixed bag that keeps us at arms length.

The problem is that by keeping the interview pool tiny what we know is limited. Yes we see a great deal but we aren't told all that much with the result being that we simply don't really get any sense of Dalla the man. I was disappointed

While I loved the music and ended up  with some CD's of his music, I think I could have gotten more information abut the man from the liner notes from a CD collection of Dalla's music.