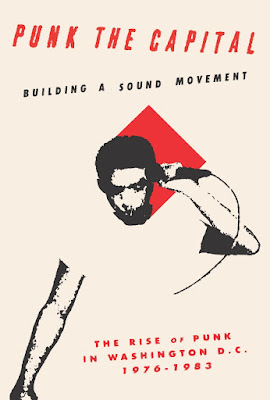 There is always a danger when you make a documentary that has been covered by other films that you are not going to be fresh.  Will you have something new to say or will you just rehash what is already out there. When I saw PUNK THE CAPITAL was being released I was left wondering how it would play in connection to other films on the same subject.

I shouldn't have wondered, PUNK THE CAPITAL is wonderfully it's own thing Covering the rise of punk in America's capital the film charts it's own course. Yes it tells the history you may have heard before but it does it in it's own way.

While I don't like to compare films on a subject unless there is a very good reason, I will say that one of the things I really like about PUNK THE CAPITAL is that it makes an effort to put things into a larger context. We get a sense of why and how it  all happened and how it played in regard to the larger scene. This may not sound like much but I have seen a couple of other films that just drop you in and let you flounder. PUNK invites you and and then takes you along.

I love the choice of interviews and the stories told. We haven't heard all of this before because the film doesn't line up all of the same people nor does it ask everyone the same old questions. It all seems fresh.

If you want to know how good the film is half way in I knew I was going to have to watch it again, not just because its entertaining but because I was hearing stories I hadn't heard before. I wanted to go back in so I could make mental notes.

PUNK THE CAPITAL ultimately is great fun. I loved reliving the old days when punk was something that few people understood. 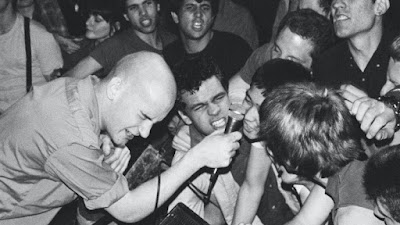 5/13 - OPENING NIGHT - Cinelounge Drive-In Hollywood - Los Angeles, CA
Pete Stahl (Scream) Q&A co-presented with curator/publisher Roger Gastman
Short film about Scream and their connection with the 1960's garage band The Hangmen created by Punk the Capital will play ahead of the screening 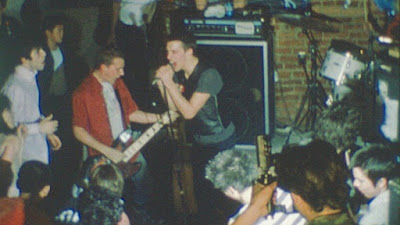