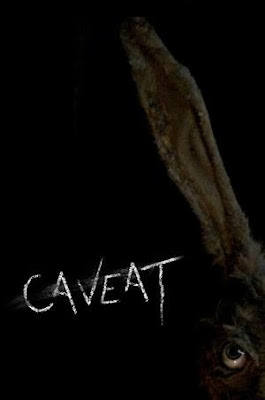 A  down on his luck man, suffering from amnesia, is offered a job by a rich friend.  All he has to do is watch is spend a few days watching his niece. She has mental issues, she isn't dangerous but she needs to be watched until someone more permanent can be found. It sounds like an easy job, but as he travels to the job he finds that there are caveats. The first the home is on an island. The second he is going to have to wear a harness attached to a chain that will allow him to go anywhere in the house, except the young woman's room.

I really loved this film and I'm really pissed that I can't really talk about what happens. Yea I can tell you how it starts, but I can't tell you anything after that. The reason is that we are dealing with a film that is all about changing reality. Our hero has no memory and isn't certain of a lot. His charge has mental issues so we can't be certain of what she says...and then there are the real reasons behind everything...

What I love is that is the film never resorts to blood and gore for shock effects.. Who needs gore when you have mood.... CAVEAT has mood to burn. This is a film that sets a disturbing tone and then carries it forward. Few film manage to create such a sense of place and of dread. Its so tactile you'll want to scrape it off your body.
You need to see this film. You need to experience it and have your skin crawl.
CAVEAT hits Shudder June 3 nd is highly recommended. 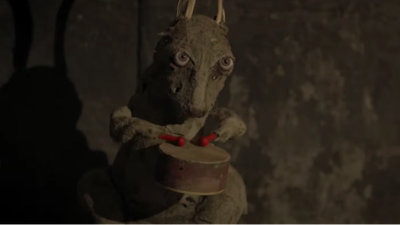