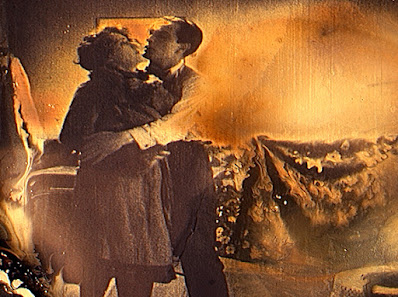 LET ME COME IN
Let Me Come in is the latest from Bill Morrison.  Using decaying footage from the film Pawns of Passion with words and music from David Lang  he had fashioned a dreamy love story of aching desire.

While I like the images that Morrison has given us to look at  as well as the idea of dreamy love, the libretto doesn’t work for me.  There is something about the lyrics that doesn’t sit well for my ear.  While it doesn’t kill the film for me, it does make this one of the few Morrison films I am uncertain to return to.

Quibbles a side fans of Morrison should see it when it screens  this weekend at TCM Fest if for nothing else it shows us what it might look like if Morrison could have put a full on opera together. 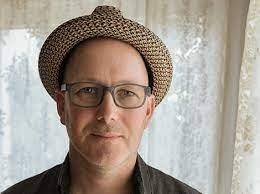 CINEMA OF DECAY
I am a huge fan of Bill Morrison's films. I fell in love DECASIA and I have been along for the ride ever since. I will go to great lengths to see anything he produces so this look behind the curtain was magical.

While not geared to telling us everything the film explains how Morrison began working with decaying film, how he picks the people he uses to score his films as well as tidbits concerning  some of the films (DECASIA, THE BELLS, THE GREAT FLOOD and DAWSON CITY: FROZEN TIME).  I love how he never knows what he's going to get when he gets a call about some decaying film, as well as his mention that some people think that what he does is done with computers.

If you have ever been amazed by Morrison's work this is a must see.