Eden Miller has always had an interest in time loop stories. Recently she started a project called In The Loop where she explores time loop films. Its a fantastic series and you all need to read it. In order to explain the project I asked Eden to write a piece to explain the series. 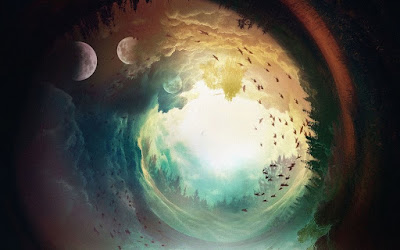 I’ve done a few other regular projects before, but In the Loop, focusing on time loop movies, is by far my most extensive.

It’s widely known I will watch any movie with a time loop. I can’t explain exactly why it’s a narrative motif that I love, but just that I love it.

While I have done things in the past like devote a day to watching Chrismas-themed time loop movies (of which there are several -- I only watched four), I had only joked previously about formalizing the concept into an actual project.

Back in February, I watched The Map of Tiny Perfect Things (because, like I said, any movie with a time loop) and that was among a long line of what seemed to be a flurry of time loop movies and several more seemed to be on the horizon (despite how it’s been reviewed, I do feel the need to point out that Lucky is not a time loop movie. Still great, though). And after 2020, where I think many of us felt like the same day was repeating over and again, I decided I finally need to do this as a sort of catharsis. And because it would be fun.

So I sat down and made a list. That list became a spreadsheet. That spreadsheet turned into a schedule. It’s color-coded and everything!

I ended up with 25 movies and one TV series (there may still be some revisions, though). I started on March 16 and it’s scheduled out through mid-August as of now.

Although, to be honest, “lessons learned” is a bit of a joke since the general summary of most (but not all!) time loop movies is “I was a bad person and now I’m a good person” (Groundhog Day is the model for so many of these, after all).

Am I hoping to come up with some kind of major thesis statement about time loop movies and what they mean? Not really. I am enjoying seeing certain patterns as well as learning that while many time loop movies do share a similar pacing, there’s way more diversity than I thought. So far, the movies I’ve watched have been fun slashers to thoughtful social commentaries to trippy philosophical meditations. I have a string of romantic comedies coming up as well as several sci-fi action movies. And I’m also going to watch a couple of those Christmas ones too.

New posts for In the Loop appear on Tuesdays. I am including what the next week’s movie will be if anyone else wants to watch along.
Posted by Steve Kopian at May 02, 2021