Nightcap 5/16/21 Is Tim Burton a great director?, Writing on the 1961 monster trilogy, The Human Rights Watch FIlm Festival starts this week and more 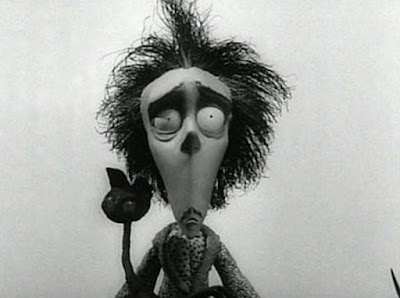 He has a visual sense of wow, but there are times it over whelms everything.

While he has made some near perfect films when he goes off the rails he really goes off the rails. I mean his DARK SHADOWS and CHARLIE AND THE CHOCOLATE FACTORY  are gawd awful messes. They are weird to be weird  and the narrative is lost. Worse the humor is just a hole.

I honestly think that people think he’s a great director because his visual style is unique and macabre in a friendly sort of a way. There is something pleasing  about the way his films look. But if you look at most, if not all of his films the narrative are messy. There are lots of holes (MARS ATTACKS  anyone?)

I suspect that I would consider Burton a great director only when all of the elements come together. I mean take a look at the Batman films . BATMAN is good but has narrative bumps. While the good out ways the bad the film isn’t that satisfying. On the other hand BATMAN RETURNS is magnificent. All of the pieces tie together. And even if there are bumps there are real holes in the plotting.

For me a great director always makes a film that is at least interesting. Someone like Scorsese or Peter Greenaway is always trying to push the envelope. Yes, they will fall on their face now and again, but at least they are trying to do something more. Even when they repeat themselves Scorsese with his gangster films and Greenaway with his overwhelming visual style, they at least are trying something different. More importantly they are not attacking their films half assed.

Don't get me wrong, I think Burton is a good director, I'm not sure he's great.

The Human Rights Watch Film Festival starts Wednesday. As always it highlights a lot of great films aiming to not only open your mind as to social injustice and violations of human rights but the good things people are doing to preserve our humanity.

I've seen a good number of the films and frankly they are all good and are all worth your time.

Check of the slate here, and buy some tickets, not only is it good for the soul, you will be entertained as well.

With this being the 60th anniversary of Gorgo, Konga and Reptilicus  several magazines have posted long examinations of all three. Other outlets are also planning coverage of one sort or another. Personally  I have  a deep love for Reptilicus based on a deep nostalgia from being frightened as a child. The other films I find okay but nothing super spectacular. I recently watched a chunk of Gorgo again for the first time in years when Svengoolie ran it on his show.

If you are interested in the anniversary or any of the three films I would like to point you toward two recent magazines that can be had on  Amazon.

Barebones Issue 4 had  an extensive look at all three films and their spawn.  While the articles will tell you a great deal about the films they are a excess of riches when discussing the novels and comics the films spun off. The articles are so detailed in recounting the plots of the books (both narrative and comic)that other than seeing the art in the comic books there is no reason to ever hunt them down. Its all there.

Frankly its so detailed you will wonder what sort of obsessive person would have thought it was a good idea.

Actually the only flaw in the presentation is a lack of art to go with the articles.

On the other hand the just published Movie Milestones #5 is full of art for all three films plus related subjects .

Coming from the mind of John LeMay the magazine focuses primarily on the three films, however it finds time to explore similar stories and projects that were influenced or inspired by them, For example there is a brief discussion of Gorgo’s connection to Toho.

LeMay’s discussion is light and breezy. It is a perfect look at the films and their influences for anyone who wants to know a little bit but doesn’t want to get swamped with the minutiae of three “minor” films.

I’m shocked that everyone is shocked about the Golden Globes body being a bunch of jerks. I mean they used to pick winners based on who was going to show up and openly took bribes for wins. They only got noticed when the PR people realized that they could use them for marketing. That they only care for themselves is nothing new.

It really annoys the piss out of me that all the social media pundits only  focus  on the same old same old filmmakers (Scorsese again? Other people make movies).  For people for supposedly love film their tastes are so narrow as to have no flavor.