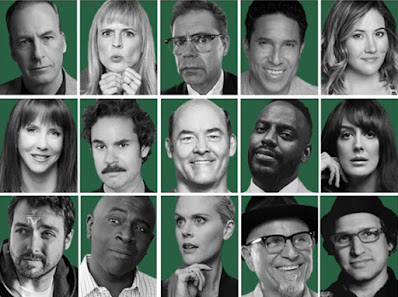 I am not a fan of PLAN 9 FOM OUTER SPACE. It's nowhere near the worst film ever made, its actually pretty okay and I despise how cinema hipsters who have no clue fell all over it until the completely unwatchable THE ROOM took it's place as the worst film.

Because I dislike the film I had no intention of watching the table read for TCM Fest this year, but things happened and it fell in my lap and decided to take a look because I wasn't committed to it. The result was I was roaring with laughter from start to finish.

Done via Zoom, with Lorraine Newman reading the scenes descriptions, this is a whole bunch of people having fun. One part homage and one part send up it is a screamingly funny little exercise that is infinitely better than the original. If I was watching this at the fest I probably would either bail early into the original or not watch it when it plays after this gem ends.

I can't recommend this enough.