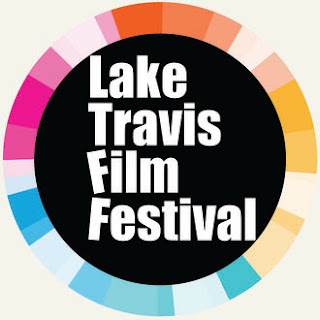 Scott Wiper’s The Big Ugly is the Closing Night selection

The four-day in-person film festival will present a film lineup with a decidedly international flavor that will showcase films featuring a wide assortment of genres, styles, and topics. LTFF also will firmly confirm itself as an event dedicated to female filmmakers, young filmmaker showcases, a music video showcase, a special animation presentation, and more screenings, fun events, and after parties in various popup locations throughout the cities of Bee Cave and Lakeway, Texas.

Lake Travis Film Festival Founder and Executive Director, Kat Albert, said, “Like the rest of the country, our community has been isolated for a year, and we want our event to give people a safe space to leave their homes and experience a little bit of normalcy. Filmmakers have been isolated too and they have missed the joy and satisfaction of seeing their films screened in front of live audiences. We were fortunate to have seemingly dodged the pandemic’s course to a great extent from our debut last year to this year’s second edition, but that also makes us want to return in the best way we can both for our filmmakers and our film fans.”

Opening Night will kick things off with an eclectic group of features and shorts led by off a “Space Out Showcase” slate of short films loosely revolving around NASA and outer space. The trio of films include; Zachary Scott’s Space Case, which features a compelling story about a social outcast who must choose between conformity or space travel; Veerle De Wilde’s Spaceboy, which tells the story of two brothers who share their passion for space while the time is ticking on their time together; and Ann Michell’s Tracy’s Vision, a touching story of an extraordinary scientist with congenital eye disease who excels in his NASA position, reinforcing the value of a diverse workforce.

Following the “Space Out Showcase” intro, will be Sevgi Hirschhäuser’s Toprak. The Turkish drama      which focuses on a teenager struggling with with his uncle and grandmother in a remote Turkish village. While the religious uncle is satisfied to live his life in poverty, the teenager wants to break free, leave for the city and attend university. However, when his grandmother falls sick, they will both have to make decisions that will change their lives forever. Also featured on Opening Night will be Matt Richmond’s documentary Brauhaus: A German-American Fairytale. The film looks at the closing of a beloved family-run restaurant and how a Chicago neighborhood copes with the impending emotional final days.

Adding to the Opening Night highlights, the Lake Travis Film Festival will also host a screenwriting workshop with Hugo and Saturn Award-winning screenwriter J. V. Hart at La Quinta Inn & Suites by Wyndham Lakeway (1943 Medical Drive). Drawing on his career stretching over four decades with writing and producing credits including Hook, Contact, Bram Stoker’s Dracula, Muppet Treasure Island, and August Rush, Hart will discuss The Hart Chart, a story mapping tool he has created for writers. Attendance to the special event will be open to Badge Holders and Non-Badge Holders via a separate ticket available through Eventbrite. Tickets will be limited, and are on a first come basis. Breakfast, lunch, and source materials from Hart are included in the ticket price.

Closing Night will start with the Filmmaker Awards announcement and then wrap things up with Scott Wiper’s The Big Ugly. Starring Malcolm McDowell, Vinnie Jones, Leven Rambin, and Ron Perlman in a knock down, drag out B-movie fueled drama about a business deal between London mob bosses and a West Virginia oilman laundering dirty money going from bad to worse.

Two narrative features highlight the international thread running through LTFF this year. Ilir Pristine’s moody Canadian drama Florrie is about a woman who, while juggling 3 men in her life, is confronted by her complicated past and now feels the pressure to commit to just one man. Alex Gavin’s The Turn of the Screw is a mind-bending New Zealand drama     adapted from the classic Henry James novel. Set in an empty theatre over the course of one evening, an actress finds that she is a last minute replacement for another actress at the dress rehearsal of a stage production of “The Turn of the Screw,” set in 1890.

In its second year, the Lake Travis Film Festival has already begun making a name for itself with its documentary programming. Highlights include; Alice Elliott’s Emmy Award-winning film, Miracle on 42nd Street, which looks at the Manhattan Plaza apartment complex which was legendary for housing such famous actors and singers like Alicia Keys, Terrance Howard, Donald Faison, Larry David, Samuel L Jackson, Giancarlo Esposito and Angela Lansbury; Kaye Cleave and James Daggett’s Australian production Catherine's Kindergarten follows a mother’s momentous journey to a Nepalese mountain village to open a school in memory of her deceased daughter; Richard Wicksteed’s SanDance! A Journey to the Heart of San Culture is a South African film exploring the dance culture of Africa’s San First Peoples, as San dancers prepare to perform at Botswana’s Kuru Dance Festival; Nils R Cowan’s Spawning Grounds follows the effort by scientists, landowners, elected officials and Tribal leaders, to save a rare native salmon in one of America's only Urban Wildlife Refuges; and Nico Perrino, Aaron Reese, and Chris Maltby’s Mighty Ira focuses on American Civil Liberties Union leader, Ira Glasser as he reflects on his life at the forefront of defending the rights of all Americans, from civil rights leaders to neo-Nazis.

Another highlight of this year’s Lake Travis Film Festival will be a special animation presentation of curated shorts by Brooklyn-based animator, Emmett Goodman. Viewing will be free and open to the public on the Great Lawn at the Hill Country Galleria (12700 Hill Country Blvd, Bee Cave, TX). Guests are encouraged to bring their own chairs and to grab libations from Vista Brewery.

With an eye toward discovering new talent, LTFF has selected 35 feature-length scripts and 21 short film scripts for this year’s competition. The screenplays cover a wide array of genres from drama and comedy to horror and sci-fi. Screenplays will all be highlighted at the festival starting on Thursday, June 10 with the winners announced, along with the film categories at Star Hill Ranch (15000 Hamilton Pool Road, Bee Cave, TX) on Sunday, June 13.

Harry Kempf, his family and his Chicago neighborhood cope with the untimely end of a beloved family-run restaurant.

TOPRAK is the dramatic story of a simple family in rural Turkey dealing with poverty, family traditions, and religious heritage. Since the death of his parents, the teenage Burak has lived with his uncle Cemil and grandmother in a remote Turkish village. The small family unit has been trying to make a living by selling fruits. While the religious Cemil is satisfied to live his life in poverty, Burak struggles to leave for the city and attend university. When grandmother falls sick, both Burak and Cemil have to make tough decisions that will change their lives forever.

After the Night with Valerie

A recovering amnesiac's memories are replaced by fantasies he believes actually occurred.

Florrie, a 30-year-old woman dating 3 men simultaneously, is confronted by her complicated past and pressured by her friend to commit to just one man.

His Stretch of Texas Ground

Sheriff Joe Haladin is back, and this time, a vicious ex-con returns to Arlettsville and commits a crime so vile, it consumes the whole town and the whole country. But, evil knows no bounds. The sequel to My Stretch of Texas Ground.

Love is not Love

In a city where everyone is on the hunt for love, people turn love into a myth and chase the myth instead.

A fugitive and a 12-year-old boy meet in the woods and spend the summer together surviving and learning from one another… and hiding from the police.

The Turn of the Screw

Adapted from the famous Henry James novel, and set in an empty theatre over the course of one evening, Julia finds herself as a last minute replacement for another actress at the dress rehearsal of a stage play version of The Turn of the Screw, set in 1890.

After the death of her only child, a mother takes a journey to a Nepalese mountain village to open a school in memory of her daughter -- all while confronting her grief.

I Have No Wings

After his beloved bird is confiscated, Makho struggles to get his life back as he faces major financial and emotional loss.

American Civil Liberties Union leader, Ira Glasser reflects on his life at the forefront of defending the rights of all Americans, from civil rights leaders to neo-Nazis.

Nikki, a transgender writer and Elise, a social media influencer navigates coming out while caring for a child who is battling leukimia.

SanDance! A Journey to the Heart of San Culture

In an effort to save a rare native salmon in one of America's only Urban Wildlife Refuges, a community of scientists, landowners, elected officials and Tribal leaders bands together around science and Indigenous knowledge.

Anything at All by Michael Ward

Foxfire and the Coywolves by Ricky Barca and Dakoda

Lily of the Valley by Isaiah Mouw and Mark Botts

Love is Love by Jeffrey Kerr

My Dear Enemy by Tasha Hardy and Nono Tamura

Out of the Ditch by Charley Vance

south of good by Randall Reneau

Supposed To Be by Dr. Beth-Anne Blue

The Jolly Greens by Harry Kleinman

The Last Day of Paradise by Kiki Denis

The Last Ones by C.D. Peterson

The Venus Effect by Lynn Vincentnathan

The Way Home by Bryan Hays

Who I am Now by Laurie Powers Going

Will the Circle Be Unbroken by Aaron Schuelke

Why, Arizona by Isaiah Mouw and Mark Botts

A Thousand Times a Day by Chantelle James

The Race by Mac McStravick

Trick or Beat by Fernando Rendón

Lake Travis Film Festival (LTFF), is a vibrant experiential festival with an eye to showcasing filmmakers around the globe with authenticity, vision, and purpose. The festival connects independent filmmakers and industry professionals with an eager community audience. Located in the beautiful Texas Hill Country which offers natural beauty and an abundance of visitor activities including many hotels and locations suited to the screenings, parties, and workshops that will accompany the event. Featuring intimate discussions, exhilarating after parties, and unparalleled access to some of the most exciting venues in the Lake Travis area make he Lake Travis Film Festival a destination for filmmakers and a cultural enhancement for the community. In addition to an annual slate of films in juried competition, the festival offers a showcase for young filmmakers to screen their work.