Curtain Up (2020) is on the World Channel tonight 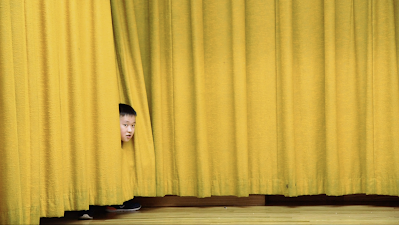 Portrait of the PS 124 theater club and their work to produce a kids version of FROZEN.

This is an absolutely delightful look at a group of kids in New York's Chinatown who love the theater and who just want to perform. The film examines not only the kids and the production but also their Chinese heritage, something that makes some of the parents wary of letting the kids perform. This last statement was kind of demolished by one of the kids who pointed out as much as some adults don't want the kids to be actors, they themselves spend hours watching actors perform.

I laughed with joy through most of the film, pausing only briefly to get misty when we see the performance of the mega hit Let It Go. There was something so magical and touching in seeing the kids perform it just got to me,

Playing tonight on the World Channel CURTAIN UP is a must see. It will make you feel wonderful