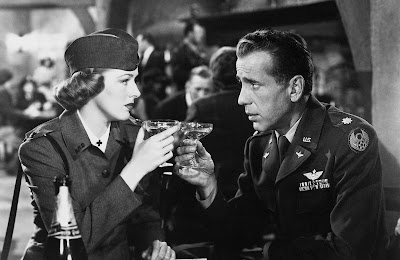 This look at the making of CHAIN LIGHTNING is playing as the introduction to the film on HBO Max as part of the TCM Classic Film Fest.

Focusing primarily on the visual effects for the film the film charts the making of the film and it's rush to be the first film about jet planes in theaters. Its a breezy look at the film that touches on a variety of subjects such as Bogart being too old for the role, Michael Curtiz (who did not direct the film), the wrong design of the plane (it isn't really a jet), marketing and how in the face of TV the studios were trying to make films as cheaply as possible. Its a great little primer on CHAIN LIGHTNING itself, and when it was done I wanted to wade into the film proper.

This is an amusing little film that I'm guessing is going to end up on TCM as the intro for the film from here on out.