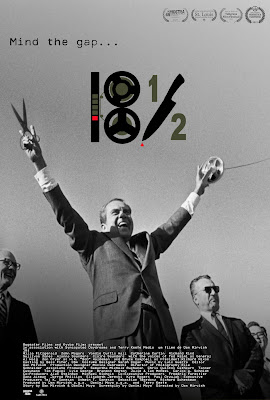 In 1974 Washington a stenographer assigned to transcribe a meeting discovers that at the end of the tape is a recording of Nixon listening to to the legendary tape with the missing 18 minutes. She contacts a reporter she admires and they end up going to listen to a motel to hear the tape. The trouble is the tape recorder is broken. This sets in motion a chase to get a new recorder and to stay out of the way of the people who maybe tracking them.
This dark comedic thriller feels like it fell through a time warp and landed here. While the film doesn't seem like a film from the 1970's, it feels like it is a document of the 1970's. I was  watching the film and a lot of little things seem like they were ripped from my memories. Watching the film it feels like I was ten again. Actually the only thing that I can see that the film got wrong is no one is smoking.
Another thing that is 1970's about the film is it's political thriller spine. The tale at the center is some thing from the family of thrillers like THE PARALAXVIEW, TWLIGHTS LAST GLEAMING and even ALL THE PRESIDENTS MEN.  It should be stated that outside of the 18½ minute gap and the political figures at the center of the tale, none of this is true. Not that it matters, you'll be hooked early. 18½ mixes fiction with history.to create a compelling tale that keeps you watching.
In going throwback writer director Dan Mirvish has fashioned something fresh. No one is making films like this. It feels old school but it has a modern edge. Its a difficult path to walk but Mirvish does it near perfectly. The blending makes the film something we warm to instantly. Its so nice to fall into a film this quickly and feel utterly at home. This is something special.
If there is any bump in the film, it's some of the farcical elements. Some of the turns are a little too silly. Some of the hippie bits and bits with the older couple didn't have to be played as "broadly". The film would have been just fine playing it all completely straight.
Bumps or no 18½ is recommended. Its a wonderful little gem that tells one hell of a story. More importantly its a film that is unlike anything else out there. Its a singular film that is the perfect cure for anyone who is tired of your typical Hollywood fodder.
Posted by Steve Kopian at October 22, 2021