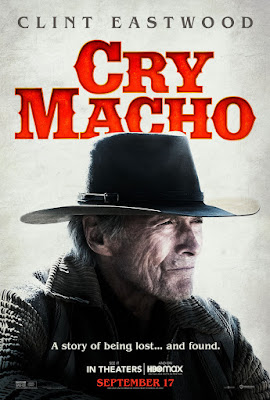 Clint Eastwood's latest film is a largely inoffensive, unremarkable drama that indicates that the Hollywood Superstar probably should hang it up when it comes to acting.

The film concerns horse trainer Eastwood being fired by his boss Dwight Yokum. Eastwood is past his prime and Yokum feels he needs to move on. However a short time later Yokum asks Eastwood to go collect his son from his mother who is in Mexico. Eastwood takes the job and ends up bonding with the boy and his chicken, who is named Macho.

Pastural road film doesn't do anything unexpected (except perhaps in not having Eastwood die in the end). This is your basic young man learns from an old codger tale that we've seen any umber of times.  In its own way its rather sweet, though it still makes you wonder what Eastwood saw in the short story four decades ago that made him want to try to film it all after all these years.

Its a largely by the numbers Eastwood film from top to bottom, which isn't bad, but assures that it doesn't stand out.

If there is any flaw in the film it's Eastwood himself. Giving a wildly uneven performance there are times when he is spot on, but more times than not, he he seems to be half heartedly walking  through a by the numbers performance. He seems distant and unconnected. While there is no doubt his directing chops are still there, Eastwood's acting chops aren't and he should consider smaller roles or just stopping.

Despite my quibbles the film is worth a look, especially for the Eastwood faithful.