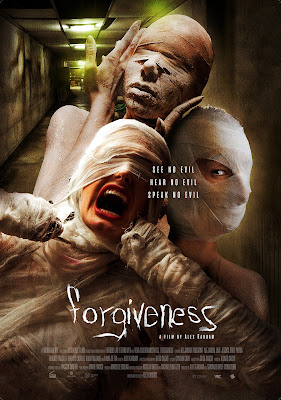 Three women kill a man and soon after wake up in a strange hospital where one is blind, one is deaf and one is mute. They have to struggle to sort out where they are and remain in one piece considering all the nastiness going on

Good enough in what it does to be worth a look, but be warned you may hate yourself for doing  so.