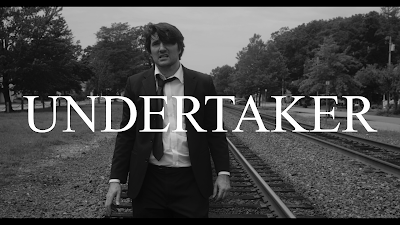 There is a reason I love Chris Esper’s films, and that is that he surprises the hell out of me every damn time he unleashes a film on the world. The other night I saw an email from him sitting in my email and I became giddy with anticipation. Yes most of the film world will go crazy about the new Sean Baker, Pedro Almodóvar or Martin Scorsese but for me a new film from any of the filmmakers on my growing list of Filmmakers You Must Search out and I’m like a kid on Christmas.

Esper is on that list and he is a delight. He’s a filmmaker who turns out films that challenge and move me. He never seems to be doing the same thing, instead he seems to be pushing himself with each new film. Watching him over the years has been a pleasure as his filmmaking chops have grown  and built upon what has gone before.

Esper’s latest is called UNDERTAKER. It’s a moody, slightly obtuse film about a young man who wakes up in a small town. He has no idea where he is or how he got there. As he the morning moves on and he moves closer to his fate he finds that everyone knows him, and maybe, possibly knows them.

I can’t say more. That would be telling. That also might give you a clue about what is going on, which is something you’ll have to work out for yourself. 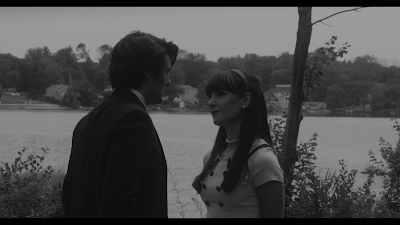