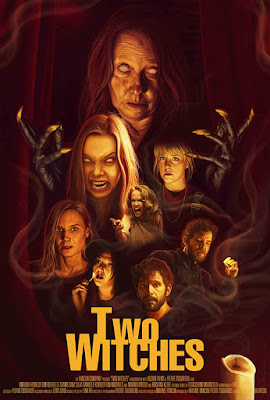 Two scary stories for the price of one both involving witches. In the first tale a pregnant mother is cursed by a “strange woman”. In the second there is a falling out between roommates.

I liked this little film. While the stories can be a bit bumpy, they both contain some really scary moments. Indeed some of the moments in the first story had me talking to the screen as reality seemed to bend. This is a grand popcorn film. This is the sort of horror film I would have eaten up as teenager when I going to every horror movie that opened just because.