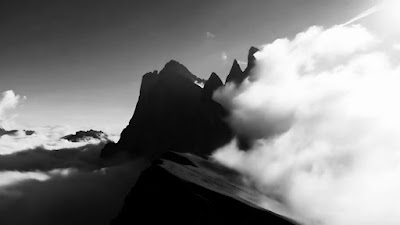 Beginning with majestic images and music showing us the glory of the mountains the film slowly morphs into a look at the power and destruction of nature. We watch as nature wrecks the petty constructions of mankind. The film then to the majestic images once more.

Much more powerful than a mere collection of clips of nature and its power NATURE rocks your world. The power here is not just in the images made large but in their being arranged with music in such away that we are forced to do more than just feel or react. Over the course of the films sixty something minutes we realize just ho small we are in the scheme of things and how the bad things we do can result in bad things.

I was so blown away that I rejiggered my schedule and watched the film a second time.

Highly recommended- more so if you an see it on the big screen, NATURE  is playing the New York Film Festival this week.