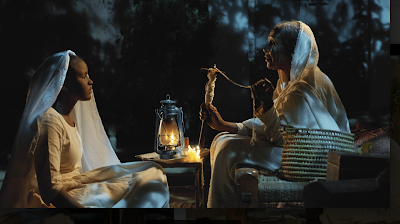 Oscar qualified film was made entirely with a crew from Sudan is a good little film.

The film is the story of a young woman who is living in a rural part of Sudan. She unexpected and unhappily is in formed that she is going to be married to someone not of her choosing. She would rather marry one of the local boys but her family has plans for her to marry a rich and obnoxious fellow from the city.

This is a nicely done film revealing how tradition is preventing many women from finding their own way in many parts of the world. Clearly our heroine is not going to be given a choice in determining her future and she is not happy  about- just as millions of other women are not happy about.

Currently on the festival circuit AL-SIT is worth a look.