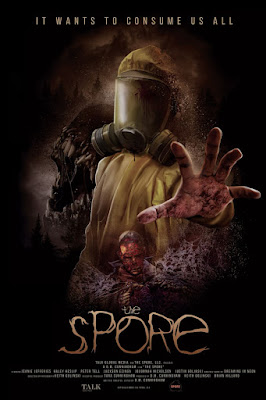 Mankind is being killed off by the appearance of fungus that take them  over and mutates them.

Okay film plague film never quite comes together because it is juggling to many things.  Part of the problem is that this is trying to be a small scale story but it has almost too many people wandering through the film. It might have worked if the performances are  better but the cast is all over the place, with a couple of them being down right terrible. It also doesn’t help that the film feels like we’ve been here before. Riffing on plague films and zombie/mutant tales the film never quite finds it’s own voice.

While never out right bad the film never rises above being okay.