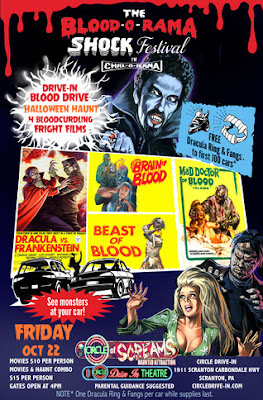 If you weren't there on Friday the 22nd, you missed a fun evening at one the coolest drive-ins in the Northeast. 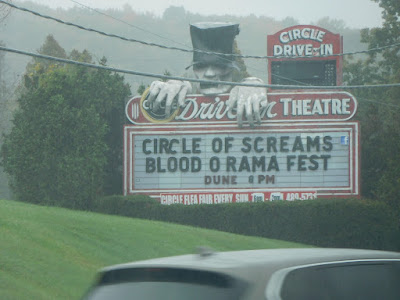 If you weren't there it's understandable. The weather was for most of the day, very rainy. Indeed it didn't stop until about two hours before show time and even then it turned rather chilly, which was why my brother and I brought layers.
The Circle Drive -in is one of the best drive-ins I've been to recently. It has stunning projection (the projection on the second screen which was playing DUNE was as good as the projection at the New Yok Film Festival screenings). The bathrooms are immaculate. The food is excellent. And the staff is magnificent. I can't say enough good about it. 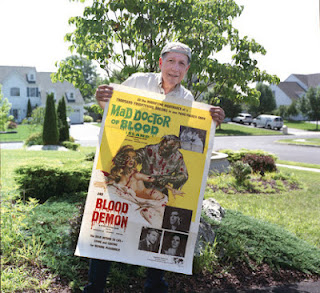 The evening was a tribute to legendary filmmaker Sam Sherman. Sam is a guy is responsible for some of the legendary drive in films of the 70's. He also brought a lot of creepy films from the Philippines and gaillos from Italy not to mention many many other films. He is a grand man and I got to do a brief email interview before a longer one that will be coming soon. 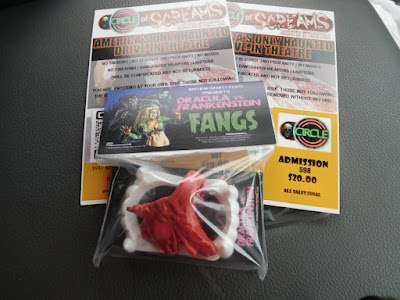 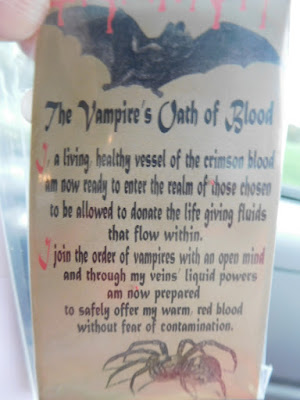 Each one has a car had the Vampire's Blood Oath inserted/
What I loved about this mid autumn drive in fest was that the films could start early. They started just after 630 and went on straight until after 11. 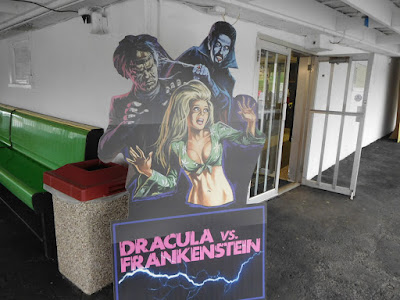 The first film was DRACULA VS FRANKENSTEIN. Best known as the last film of J Carol Nash and one of the last films from Lon Chaney.  Really watching the film for the first time in years I found it to  be not quite as horrible as I previous thought. Its not a god film, but it is fun nonsense. More so when you riff it hich Joe and I did mercilessly. 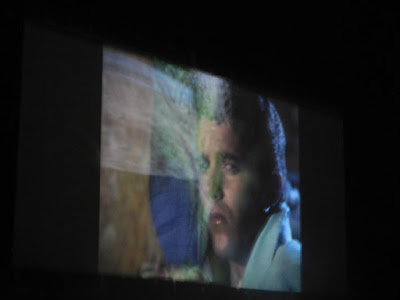 The second film was BRAIN OF BLOOD. This hellish nightmare is a mix of political intrigue and brain swapping. Riffs flew  from start to finish as Joe and I some how added a whole sublot involving Udon noodles. 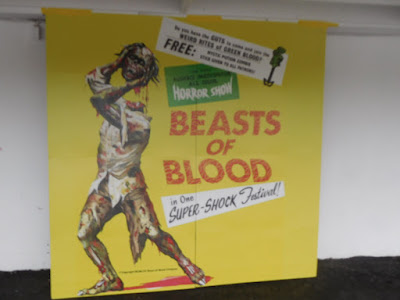 The third film was MAD DOCTOR OF BLOOD ISLAND. Yea Joe and I saw this last year at the Riverside, but this time out we were more awake with the result that we had a great deal of fun watching one of the coolest monsters run amok. 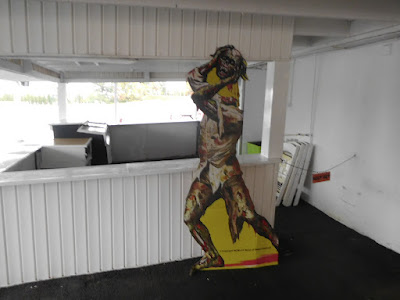 There was a hiccup  when circumstances beyond anyone's control forced the evening to stop before the fourth film (BEAST OF BLOOD) could run. But that as okay because we not only had a blast watching the 3  we saw but because we got to bed a little early. 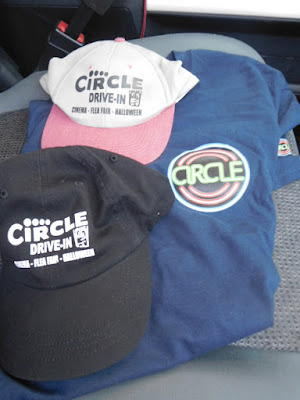 n the end Joe and I had a blast. We absolutely fell in love with the Circle Drive in and we absolute look forward to returning, preferably for the the Second Annual Blood-O-Rama Shock Festival 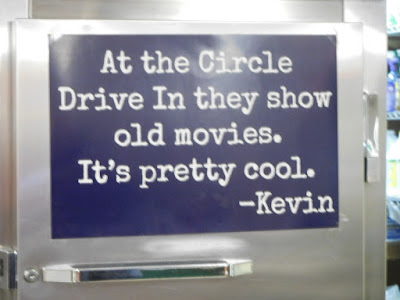 Email ThisBlogThis!Share to TwitterShare to FacebookShare to Pinterest
Labels: Blood-O-Rama