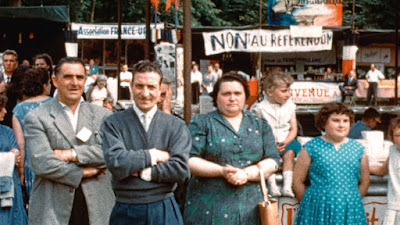 Based upon the novel of the same name, RETURNING TO REIMS is an examination of the state of the French middle class ans society from the end of the second world War until now. It’s a mix of film clips from both narrative and documentaries of the period  along with what appears to be passages from the novel acting as narration. It’s an extremely well done film, however I never fully connected to the film. I always felt I was just missing something  because I was not from France and didn’t understand all of the context.

Worth a look but your mileage will vary