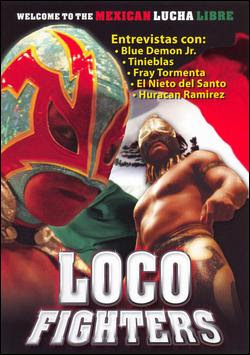 If you like wrestling and have a soft spot for Luche Libre then you really should try and track this look at masked Mexican wrestling.

Filled with interviews and lots of clips from matches, the film is like a fans side view of the wrestlers and wrestling. To be certain the film is more than a little jagged, things just sort of seem to be thrown together at times with out rhyme or reason, but at the same time it has an immediacy and an intimacy that few documentaries ever achieve.

To be certain the subject is not for all tastes , but if you like masked wrestling this is a must see.

Check outlets like Oldies and such for cheap editions of the film.