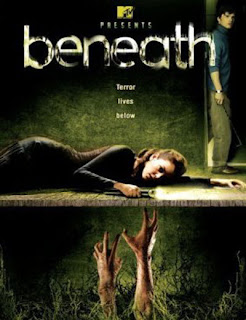 MTV Films makes a really moody horror film. To be certain its the sort of thing thats been done before, but even then this has some genuine shivers and some creepy moments.

The basic plot has a young girl returning home when her old caretaker dies. The girl has a tragic past that includes the death of her sister after a fiery car crash. Plagued by visions and a sense that her sister was buried alive she begins to search for clues as to what happened seven years before.

This one came out of left field for me. I have vague notions about hearing about the film, but I never really remember seeing or hearing anything about it. I'm pretty sure that helped my enjoyment of the film since I had no preconceived notions for it.

Looking like TV movie with interiors that remind one more of a set than of a real place this film over comes its limitations (and occasional WTF moment) to play out almost as if its an extended Tales from the Darkside or other similar horror anthology show. Odd shifts in perspective, some genuine creepy, but not too in your face imagery and willingness to go sans blood and guts except as required make this pretty much a throw back to the old days of horror when less is more. Its not perfect but even with its flaws and the following of a well worn path at times this still manages to be a solid little thriller of the B variety.

Worth a rental with a bag of popcorn and a soda.
Posted by Steve Kopian at November 01, 2012