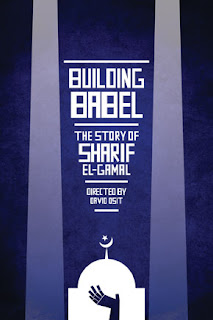 A look at Shaif El-Gamal and his attempt to build Park51a Muslim community center two blocks from the World Trade Center site.

Billed as a portrait of the so called “Ground Zero Mosque” this is really a look at El-Gamal an American Muslim who is trying to build a genuine  community center that just happens to have  a prayer room for Muslims. The films follows him from 2010 to late 2011 or early 2012 and follows as he weathers the storm from places like Fox News who attack his efforts to open a dialog and mean while end up as a Today Show Person of the Year, while strain grows in his marriage.

El-Gamal seems to be a nice guy. Despite charges from the far right, he seems to have be a hard working guy who rose from a waiter to become a player in the New York real estate market. Despite Fox’s efforts to paint the rise as the result of some evil plot, it would seem that it’s simply the result of hard work. He was born to a Catholic mother and an Egyptian Muslim father. After a few wild years he calmed down, met his Christian wife and began to raise a family. As portrayed here El-Gamal's only sin in trying to build the community center is not understanding how some people would feel about it. To him New York is a place where everyone of all faiths and walks of life get together (he is a member of his local Jewish community center)

I’m torn about this film. As a simple look at  El-Gamal, ,this is a nice deflation of his portrait as an evil man. However as a film with any real facts the film is a draft away from being great.

We watch as he prays, spends times with his family and is pulled in several directions at once as he tries to realize a project close to his heart. We see things happen but we really never get details as to who people are or what it happening.

I was about 15 or 20 minutes into this hour long film when I suddenly was struck that the film wasn’t telling me much of anything. Yes I was getting to know Sharif El-Gamal but outside of a sense of the man, I didn’t know much. Yes at the start they told us a little about the controversy but until the end and they began sum everything up we’re mostly adrift as to details other than an occasional title as to the date. I wanted to know a bit more as to who people are and what is going on. For example the appearance of an imam amidst a throng of news people seems to happen in a vacuum. Who is he? Why was he there? Why is there so much controversy? Also lost are the details of key people outside of the El-Gamal family for example who are some of his partners in the project?

You’ll forgive me for saying this this has the feel of a film that needs a fresh set of eyes. It’s a film that has been made by a director who is much too close to his subject. It’s clear that David Osit knows his subject backwards and forwards, the trouble is we in the audience don’t, with the result we felt a bit adrift. It needs to be tweaked. It’s so damn close to being great I can almost see it, but right now the lack of detail makes this a 15 minute piece on Shaif El-Gamal stretched to 58 minutes.

It screened yesterday at DOC NYC and again Thursday the 15th at 1PM at the IFC Center. 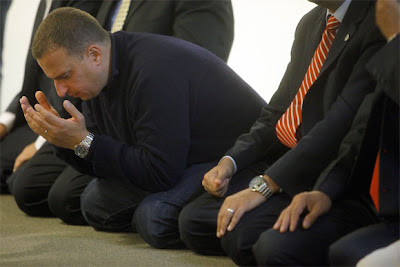