A portrait of the Artist as a nice guy, David Bromberg: Unsung Treasure is a wonderful film

A friendly look at the man who was twenty years too early in fusing various musical styles together (Bromberg plays whatever interests him) the film covers his life growing up in upstate New York, through Greenwich Village cafes, churches, session work on to stardom before giving it up to make violins (He’s one of the best know experts on the instrument in the world).

A film to make you smile from ear to ear, one can’t help but wonder how popular music today would have been different had Bromberg not disappeared from performing for 22 years. Would the sounds of today have been more eclectic? 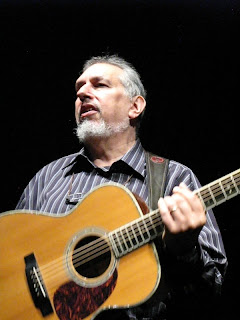 My interest in the film was piqued during one of the days of press screenings for DOCNYC when several writers were standing around comparing notes about what we had seen that was good. This film came up as one of the small hidden treasures. It was said to be one of the best films screened so far and one of the unheralded gems of the festival. Having seen it I couldn't agree more.

One word of warning, if you are looking for detailed biographical look at the artist you’ll be disappointed. Details are missing, possible threads are mentioned and never followed (How exactly did he meet Bob Dylan and George Harrison?)

On the other hand if you want great music and an 75 minutes in the company of a nice funny guy (and who wouldn’t want that?) see this film.

Here is a link to the post film Q&A which was shot by Chocko And this is his post film performance of Mr Bojangles.

All Photos are through the good graces of Chocko from Planet Chocko and occasionally here at Unseen. 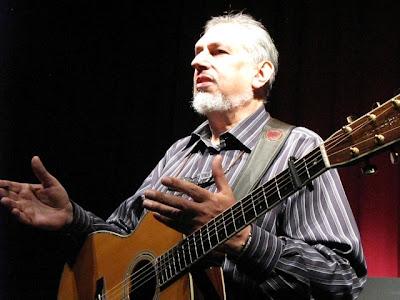