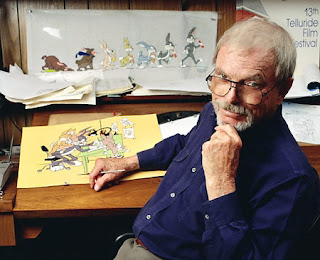 My preferred night cap would be a cup of hot cocoa with some cookies.  I know you always wanted to know that...

This is not going to be much of a night cap. I'm working on several long posts for the next few weeks and I'm all tuckered out.

Actually I'm tuckered out because the festival season kicked my ass good. DOC NYC was a great way to end it. I had a great time and I can't thank everyone at the festival for everything. I really can't wait until next year.

Look for some reports over the next couple of weeks of new films that I've been asked to review. Some are good, some are not, but I've seen them and I'm awaiting the embargo dates to pass so I can share the reviews with you.

Speaking of BAD things. This Thursday being Thanksgiving, I've programmed a week of stinkers for you to avoid. None of them are worth your time, though hopefully my pieces will be.

I do want to say that next weekend the Brooklyn Academy of Music will be presenting a series of films by and  related to Chuck Jones. This will include three blocks of his Looney Tunes. Details can be found here.

In other news - I'm being strong armed into doing an Unseen Films Podcast. Not sure if it will happen but we're in negotiation for it to happen.

Lastly some recent or semi recent films you may or may not be reading about in the future:

Paranorman was a good animated film. Not quite the classic I've heard but enjoyable

Lawless kind of didn't interest me at the start but by the end I was hooked.

I finally saw the remake of Fright Night. I liked it but I don't know why anyone felt it was necessary.