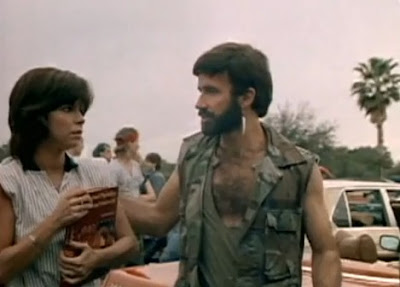 What follows is the review I originally wrote up for Miami Connection in June. I was asked not to run a full length review until the film was re-released (it’s a 25 year old movie I had seen before) to theaters and DVD this fall by Draft House Films. I honored that and I now present he review I was intending on running, complete with references to a screening five months ago

Oh wait better not mention that last one, that's one of the worst films ever made...then again the late director Ricard Park (Woo-sang Park), is one of the least talented directors I've run across. That isn't to say he hasn't made some enjoyable movies, he has, but always in a so awful they are fun, especially with a room full of friends who like to make fun of movies.

To that end I highly recommend you get yourself down to the Walter Reed theater for the screening because Miami Connection is a so bad it's good film that will have you laughing at it, especially if you can manage to get a group who is willing to talk back to the film.

The plot of the film has something to do with biker ninjas who steal drugs from the mafia to use the cash and drugs for their own ends. Add in a bad 1980's hair band called Dragon Sound, who play at a club operated by the evil brother of one of the band members. Put in a dash of action sequences that are likely to kill the audience from laughter.  Sprinkle in bad acting and ridiculous fashions that no one really wore in the 80's and you have one silly silly film. Its a gang film from people who don't understand gangs. 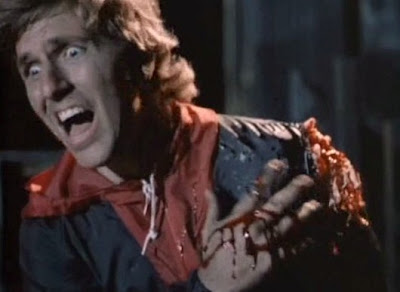 This is a movie that makes you want to scream "MOVIE SIGN!" and hope that Mike and the bots show up. It really is as close to the bottom of the barrel as you can get.

Under normal circumstances I would tell you to runaway from this film, But NYAFF is showing it at midnight where hopefully it will be full of crazy people looking for a good time. Assuming the audience is into riffing the film together the film should be a blast.

Anyone looking for anything remotely approaching a real good film should be looking elsewhere.

For the record this is not as good as LA Street Fighter, but it's much better than most of director Richard Park's films, but not by much.

If you must see it, see it at the NYAFF screening. 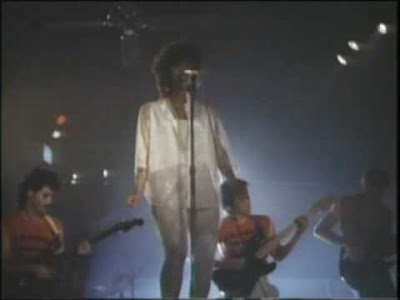 You'll notice I did not mention star and co-director YK Kim who seized control of the movie and tried to reshoot the film and save it from oblivion. Kim was become something of a minor celebrity thanks to his appearances with the film. That was not intentional, rather it was simply that I saw and reviewed the film well in advance of the YK Kim bandwagon showing up. I didn't know the story of his involvement with the behind the film drama, rather I simply took the film on face value... and based it in part on my having stumbled and restumbled upon this film over the year (Its is 25 years old and was out on VHS way back when). The YK Kim story really didn't start to circulate until near the beginning of NYAFF by which time this review was done and I had moved on to other films.

I do think that my view of the film has softened thanks to the stories from the midnight NYAFF screening and the stories told by friends who met YK Kim. I don't think the film is a complete stinker owing to my view of it becoming a party film that should be seen with lots of people rather than just film on it's own.
Posted by Steve Kopian at November 21, 2012