Poisoned by Polionium: The Litvinenko File (2007) 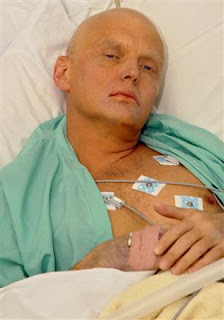 A sad disheartening dunk in the corrupt world of Russian politics and police procedure, this is a film that makes you wonder if the Russian people weren’t better off with the Communists in power, at least then there wasn’t a pretense of civility.

The film looks at Putin, his cronies and the history of their rise to power, as well as the story of Litvinenko and those who tried to put a stop to the criminality. It’s a story of how the KGB and upper echelon in the Soviet Union used their connections and brute force to seize power in a post Communist world. They then started to beat up and kill anyone who got in their way. They even staged terrorist bombings and started a war with Chechnya for ultimately no good reason.

In the middle of all of this came Litvinenko. Basically an honest man he was not happy with the way things were done. The system was set up so that one almost had to extort money just to get by. It was a system where the only difference between the cops and the crooks was who controlled the courts. (Its also a world where well over half the population in Russia spent time in prison, which no doubt makes them more accepting of the criminal nonsense). When he and his friends were asked to stop someone, even if it meant killing him, the group of friends made a video tape detailing all of the nonsense that was going on. The idea was protection if anything happened to them. (They didn’t want to kill anyone because they felt if they did then they then could be killed in return). Litvinenko released the tape on his own and set off a firestorm.

Watching the film I had to wonder, why are we in the West treat Putin and his cronies as anything other than the crooks they are. I suspect because they have nuclear weapons. However on any other level they appear to be completely corrupt and willing to sell anyone or anything (There is a story of an army officer selling two of his men into slavery- after selling all of his weapons and ammunition)

I’m aghast at what the film shows. Based on what we see in this film I’m left wondering why would anyone want to go to the country which seems more like a lawless border town rather than a real country.

That said, the film as a film, is good but not great. The problem is that it wanders all over the place a bit too much. Yes it gives us a clear depiction of the crimes that are being committed in the name of personal profit, but at the same time its 106 minute running time is a bit too long. Somewhere around the 80 minute mark I was checking my watch. I was horrified, but I was also getting bored. Had it been trimmed just a little bit more it would have been a great film.

Out on DVD, it’s definitely worth a look.
Posted by Steve Kopian at November 26, 2012