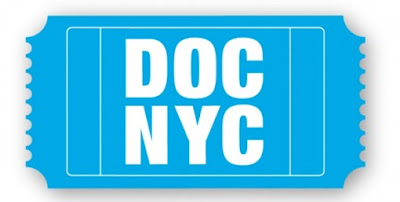 DOCNYC starts tomorrow, something you no doubt noticed since we’ve been running reviews over the past couple of days. There are plenty more reviews and reports coming both here and at Planet Chocko  of all the things we’re seeing, but I wanted to point out a few older titles that are screening, some of which we've reviewed, that you maybe interested in.

First Position is a really good film about a bunch of kids who are trying to win a dance competition. How good is the film? I don’t like this sort of dance and I loved this film.

How to Survive a Plague is an excellent look at how the people with AIDS and the people who love them took the search for a cure into their own hands and forced the government to do something. If you haven’t seen it you should.

Searching for Sugar Man is the marvelous uplifting tale of singer Rodriguez. What can I say beyond this is one of my favorite films of 2012.

Under African Skies hasn’t been reviewed here, but it’s a film I’ve seen. Its an excellent look at Paul Simon’s Graceland album and it’s effect on the music world. If you want to understand how one piece of of music can change the world, see this film.

Wattstaxx is the record of an all day music festival celebrating Staxx records. This is a glorious film record of great music. How good is the film? Prince screened sections of the film between his opening acts and his own performance on a recent concert tour. If you’ve never seen this and you like funk, soul and R&B you must see this, especially when this is sure to get great projection

For information on these films and everything else related to DOCNYC check out their website.

Look for me (you'll know me by the Creatures of Delight bag I carry) at the following films:

plus look for coverage of To Tell the Truth Saturday at 130 at IFC thanks to John (If I can get him the ticket)and a whole huge slate of films from the boys from Planet Chocko.

Email ThisBlogThis!Share to TwitterShare to FacebookShare to Pinterest
Labels: DOCNYC 2012