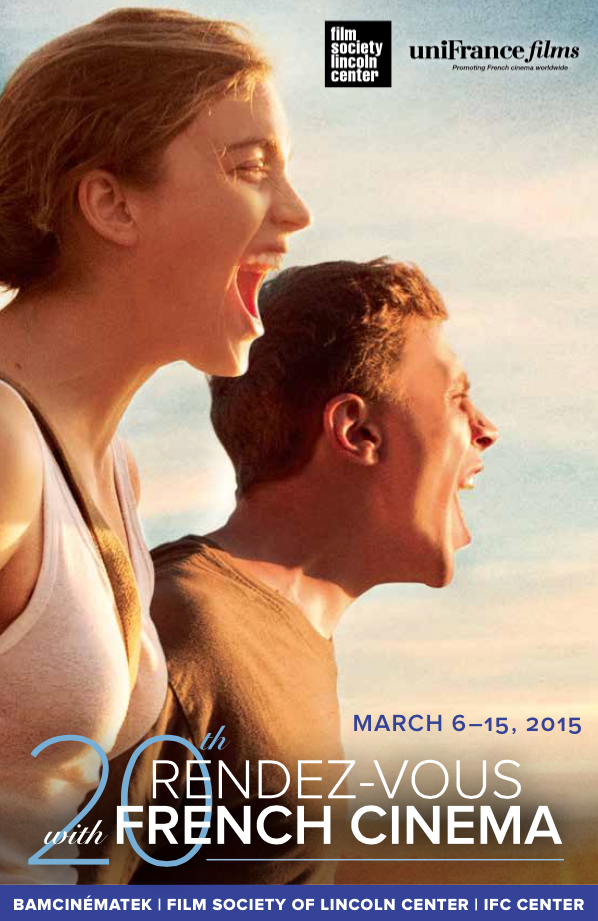 Rendez-vous with French film starts this week . This is the annual survey of French Cinema that explodes across New York City and gets everyone jonesing for a trip to the city of light or Cannes or somewhere with great food and good wine.

The festival really is a city wide event with screenings happening at Lincoln Center, the IFC Center and Brooklyn Academy of Music plus there are a wide variety of related events.

This year we waded into the series a tad heavier than in years past and saw 8 of the films. I liked pretty much everything I saw, the exception being one of the shorts which is very weak, however don’t let that stop you since the others screening are excellent. Our coverage starts tomorrow and will run all week. I’m hoping to pick up a few more titles at the public screenings.

For tickets and more information go here.
---
Leonard Nimoy passed Friday and I have no words.
I'm old enough to have memories of watching Star Trek while in diapers during it's original run.
I loved In Search Of...
I loved the movies he was in and the ones he directed.
I met him when I was young enough to have had the experience blow my mind.
He was now and always will be part of my psyche and being.
He will be missed
---
Sadly I don't have much more to share this week- the interview with Julian Richings that ran yesterday coupled with French Cinema press screenings and NYICFF public screenings I haven't done much.
---
And Now Randi's Links

---
This week look for a whole lot of films from Rendez-Vous With French Cinema, some new releases, films  from NYICFF and perhaps some other stuff
Posted by Steve Kopian at March 01, 2015