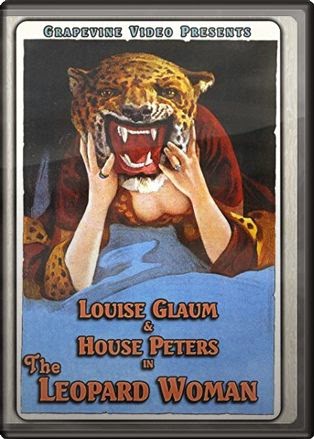 This is a much better than i had thought it would be spy/adventure romance set in Africa.

The plot has a woman called Madame aka the Leopard Woman, working for a foreign power. She is tasked with stopping a British expedition into the wild who are hoping to reach a far off "uncivilized" kingdom some distance away. The British hope to form an alliance with the distant people. As the parties head off into the wild various events along the way have dire consequences for all involved and put the Leopard woman and her opposite number on a collision course toward romance.

Purely romantic adventure, the plot really is a grand MacGuffin and the excuse to bring the eventual lovers together. Its good enought that you get carried along with the tale even though you can pretty much know where its all going even if you don't know the details.

The real selling point of the film is it's look. This film looks incredible, It really does look like it was filmed in the wilds of Africa and not the Ince Studios in Hollywood and the desert near Palm Springs. It puts many similar modern films to shame.

The film is a small gem and something you should track down.
Posted by Steve Kopian at March 26, 2015