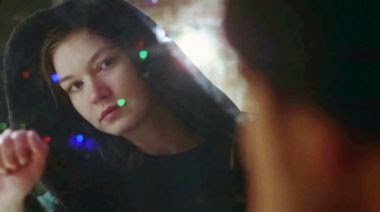 If it wasn't for it's setting- a street in New York where Noel sells Christmas trees-Christmas Again could be confused for almost any other recent independent film about a nice guy dealing with a recent break up. That might be enough for the film to survive but I'm not too sure.

The film follows Noel, he's on his fifth year selling Christmas trees on a street corner in Brooklyn. He's trying to forget the girl he's just broken up with, and whom many of his customers remember from last year. Somewhere among the various people he meets he crosses paths with Lydia and well things kind of happen.

Based in part upon writer/director Charles Poekel's own experience selling trees, the film often has a sense of being real, or as real as a movie of this sort can be.Largely told in brief scenes the film has the feeling of dropping in on Noel at the odd random moment. Its a kind of pointillism of cinema with all the small moments adding up to a big picture.

The trouble is the revelations aren't all that spectacular. We've been here before, we've even heard variations on some of the conversations.Its not that any of it is bad, so much as so little of it seems new. Yes the fact that the film is set at Christmas in a trailer and a street corner sets is apart but the character interactions come off as been there done that. (and I'm not in love with Sean Price Williams cinematography. Yes I know he shot in confined locations but the film feels overly claustraphobic and on top of it's subjects.)

Its good but I don't get why it's getting much attention.

On the other hand I could be wildly off base since a couple people I know saw this at Sundance and loved it.. Actually they loved it so much I was expecting to be bowled over. I wasn't. Maybe if I hadn't been put on the ledge I would have liked it more. As for right now, it's good, but I doubt you'll remember it this Christmas except as that Christmas tree movie you can't quite remember.

For tickets and more information go to the New Directors Website
Posted by Steve Kopian at March 16, 2015