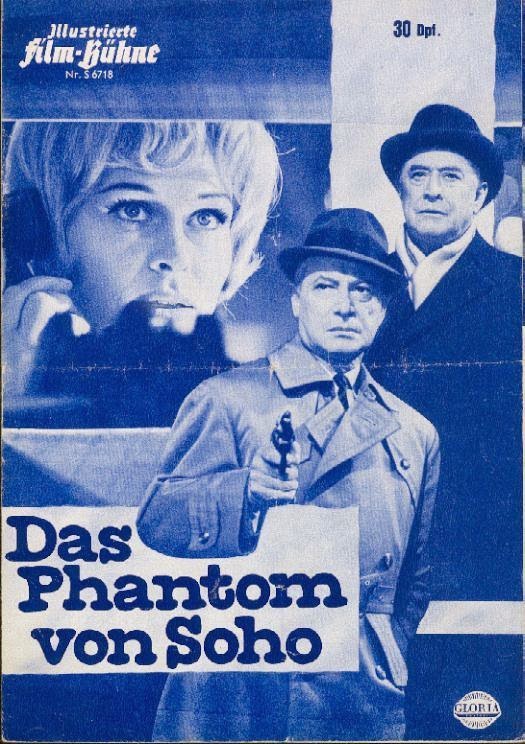 Bryan Edgar Wallace story concerning the deaths surrounding a night club in London is a dark and moody affair. The killer stalks various rich patrons of the club using knives from a knife throwers act. The killer is hunted by two of Scotland Yards best men who are helped by a beautiful writer seeking to prove she is better than them.

As the German Wallace series goes this is decidedly middle of the pack. I’ve seen the film any number of times and I’m not sure it makes any sense at all. I think it has something to do with insurance fraud but I’m not too sure. Then again it doesn’t really matter since this is the dark and woody London branch of krimi films that’s just fun to watch.

When it comes to the Wallace film series the films fall into three or four separate different bins. There are the films that are just damn good mysteries by any standards, say the Mystery of the Black Trunk, There are those that are just plain awful, like many of the color films. Then there are the films that aren’t bad but are forgettable (don’t ask me what they are…I forget the titles…oh like you didn’t see that coming) and then there are the films that work despite their flaws. Phantom of Soho is one of those. It’s a film that has good performances, good mood and a plot that seems to make just enough sense that you’ll try to follow it to the end. (Okay yes it does have some beautiful almost naked women, but that’s another story)

Is this worth seeing?

By the way if you’re looking to see the skull mask the killer wears you’re going to be slightly disappointed since it doesn’t show up until the end of the film since all of the film’s killing are from the killers POV until the very end
Posted by Steve Kopian at March 08, 2015