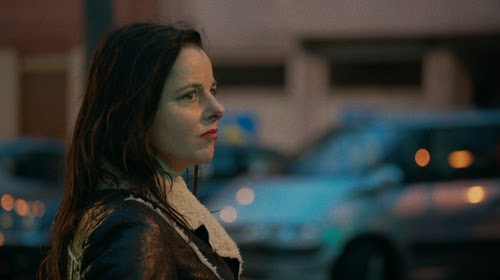 Great little film about a hooker troubled by the influx of young African women who charge less then she does and are younger. Pondering her options she looks toward an uncertain future.

The film is a wonderful look at not only the changing game in the sex industry but it also opens a new way of looking at aging, our heroine is not getting any younger, but also a look at what happens when people from another country begin to filter into an an area or an industry. This is not to say that the film is xenophobic rather that the film forces you to ponder the question on a larger level then just prostitutes.

One of the few times where I can honestly say that a feature film version of the story could very well be a stunner. For me there seems to be more to say and more to explore and where so many shorts today are looking for feature funding despite being unable to sustain interest in their short running time, BACK ALLEY makes you want to know more and spend more time with the characters.

For tickets and more information go here.
Posted by Steve Kopian at March 06, 2015