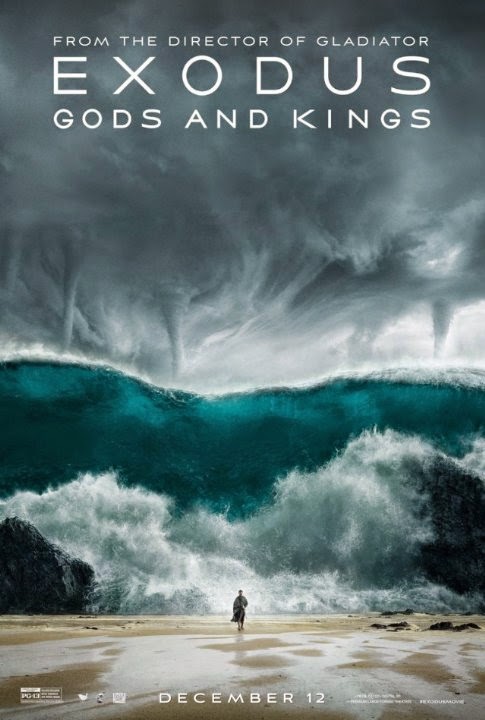 Ridley Scott’s Exodus: Gods and Kings is a wildly uneven film. Like most of the theatrical cuts of the director recent epics it feels as though it was cut down from something longer.

The film is the story of Moses and the Exodus. It begins with an adult Moses living into the Pharaoh’s court. He’s not content to let things follow their natural course but he wants to know about the Hebrew slaves. When a prophecy and an unfortunate killing make Moses’s place untenable he his sent into exile. There he finds a wife, meets god and is set on the path of freeing his people.

A more realistic look at the story when compared to the legendary Hollywood versions, the film is weird mix of the amazing , the mundane and the just plain awful.

The awful comes in the hideously miscast Sigourney Weaver who wanders in and out of a couple of scenes with an attitude and vocal performance that seems to have been shipped in from another century. She’s so out of place as to end up giving a bad performance. If she was in some board room somewhere she’d have been fine but not in ancient Egypt

The mundane is much of the sequences with the Pharaohs. They are kind of bland and unremarkable. They are there because they are part of the story but at the same time you feel that the writers had no clue what to do with the sequences. They are forced exposition and not organically part of the film. The other problem is that the film goes on a couple of minutes too long. While I understand why we see the final image, the film is effectively over when Moses rejoins his wife.

The amazing is the sequences with Christian Bale as Moses. While he may not be what you think of as Moses, he’s a very human one. He’s vulnerable and heroic. He’s the sort of guy one would follow. For me he’s emotionally perfect. What I like about the film is that it does feel real. Moses’s wife really seems to love him and seems to come from a real culture and place. The plagues when they happen are natural events Why they occur make perfect sense “scientifically”. They are not just acts of god, but god manipulating the real world logically. Actually most of what happens is real world logical which helps carry the day.

This is a really good film. Is it perfect, no, but it is surprisingly entertaining. Definitely worth a look.
Posted by Steve Kopian at March 30, 2015