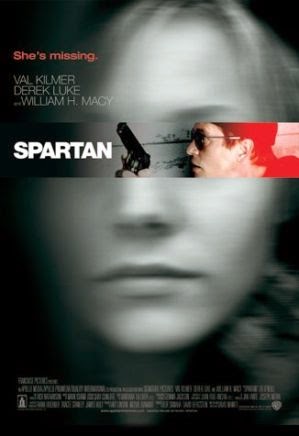 The President's daughter goes missing and a very quiet manhunt is set in motion. Dragged into it is Val Kilmer a very good agent, who is like pit bull that won't let go of a task and is willing to do anything to complete an order.

This thriller is going to either thrill you or make you crazy. The whole film is from Kilmer's point of view, we never see anything he doesn't see, we never go anywhere he doesn't go which makes for a very stripped down thriller. I think it works in spades and then some, never knowing more than our hero assures that we will never be ahead of him in any real sense. Of course we can suppose whats going on off the screen simply because this is a movie and we know things must be going on elsewhere, but what we suppose may not be right or important to what is happening before us.

This is a hard movie to write about briefly simply because its focus doesn't leave much room to do so with out spoiling the mystery.

Despite the fact that I think it was  one of the best films of 2004, I have to be honest and say that its not without its flaws. I can't talk about them either with out ruining something. To me the flaws are meaningless since the film is such a great ride it doesn't matter.

See this movie. It deserves to be seen and find the audience that its theatrical run failed to generate. Its one of the best and most unique thrillers in years. An unheralded masterpiece from writer director David Mamet. Certainly its better than most of Val Kilmer's films over the last few years.
Posted by Steve Kopian at March 21, 2015