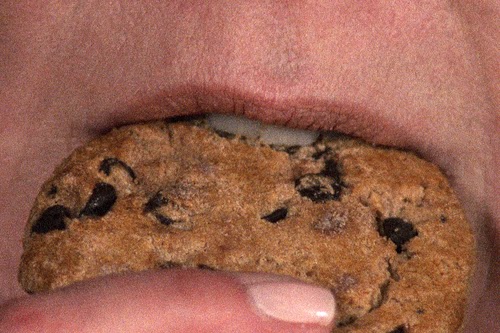 FORT BUCHANAN
I have no idea if this is serious or parody but this story of a husband left behind when his soldier husband is sent off to a far away post is either the wrong sort of pretentious or the the wrong sort of satire. Either way I lost interest early on when Roger sits around eating cookies with the various other wives left behind.  It's one of those moments where I knew I was the wrong audience for this film. 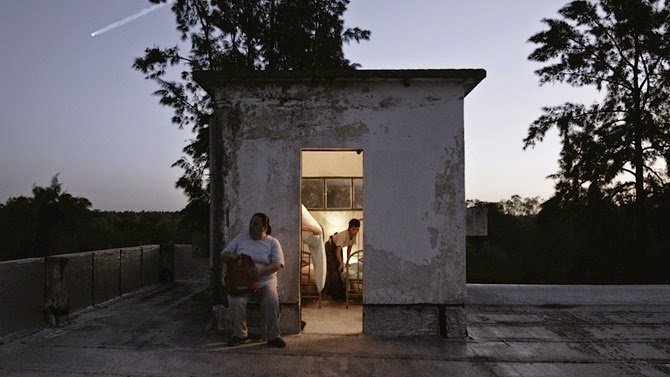 PARABELLUM
Director Lukas Valenta Rinner's examination of a bunch of people from the city on the eve of the apocalypse is going to delight the overly intellectual amongst its audience while boring to tears any of the people who delight in this genre. Largely silent and filmed in longish takes with everyone and everything carefully arranged this is an artistic take on the messy subject of the fall of civilization and the people who prep for it.  Decidedly not my cup of tea, I fell asleep for a bit ten or fifteen minutes in and then struggled to stay awake. I Freudian slipped and typed that as  struggled to stay alive which I think gives you my thoughts on the film. I suspect that if like the presentation you'll like it as a whole but if you don't this is going to be seventy five minutes of your life wasted. 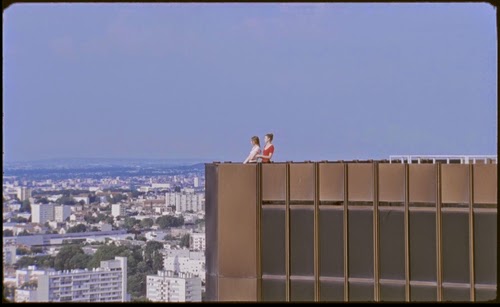 MERCURIALES
The title refers to the twin towers that the action takes place in, this is a very arty very dense film without a much of what would be classified as a narrative. We begin following a new security guard around the premises as he is given the grand tour. He then fades as we pick up two girls who work in the building. They then drift in and out.  While I would classify the film as an interesting attempt I kind of lost interest well before the halfway point. It's not that any of it's bad it's just too rambling that I never much connected nor does much of this seem connected to anything. Even some fleeting sex and nudity seems kind of dull. 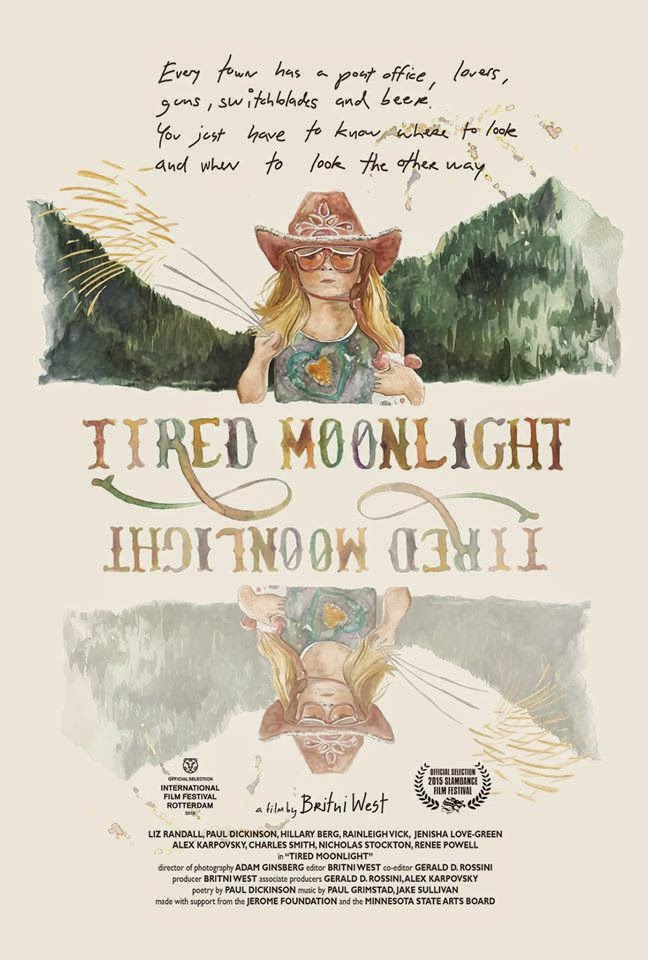 TIRED MOONLIGHT
Opening with roadkill in close up this is a look  at people living in a a backwater of the US where no one  would ever stop.  A seemingly weird mix of drama comedy and documentary this is a film that has a great visual style  but is overly quirky and has a desperation to be film that is off beat enough to get noticed. I liked the film in many ways but some of the flourishes wore me down. Running several minutes shorter than the advertised 80 I'm left to ponder if this should have been a tighter long short but got inflated for release. I apologize for that not being clear but I'm much too all over the place about the film. Definitely worth a look for the adventurous film goer

For tickets or more information on these or any New Directors New Films titles go here.
Posted by Steve Kopian at March 21, 2015