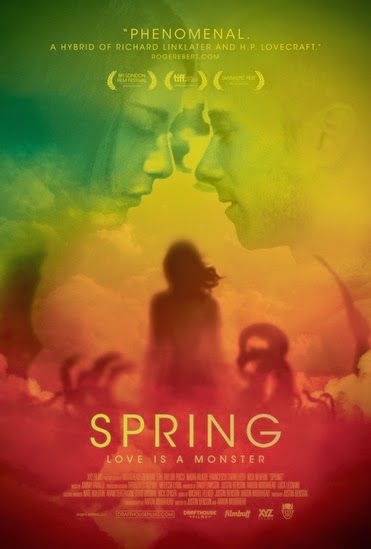 Justin Benson and Aaron Moorhead's SPRING should be seen simply because it is not really like the vast majority of other films. Its a film that uses well known tropes and reinvents them in ways that are completely unexpected.

The film concerns Evan who's life in Southern California has completely upended itself. His mother has just passed and he's adrift. Following a friends advice to get a change of scenery he ends up in Italy traveling around with a pair of British fellows. Entranced by a lovely girl Evan stays behind when his friends move on. Romance blossoms but there is a catch, a centuries old catch.

Forget it this is not what you're thinking, trust me because whatever I was thinking was probably what you were thinking.This is more a character study and romance. This isn't a horror film this is something else entirely....and absolutely wonderful as a result.

What a joy it is to have your expectations up ended. What a joy for a film not to take the easy road and actually try something new. What a delight it is not to have any idea where its going. For that reason I'm not going to say much more than go see this film.

I'm not going to lie to you, the film isn't perfect, the pacing of this film is a bit slack. You could probably trim 20 minutes without hurting anything, Otherwise this is a really good,damn near great film with its own unique view.

This is exactly the sort of film Unseen was set up to highlight this is a must see for anyone who doesn't want the same old same old- or anyone who wants to see a wonderful film.

The film hits theaters and VOD Friday and worth your time and money.

(Addendum: This would make a nice pairing with LET THE RIGHT ONE IN) 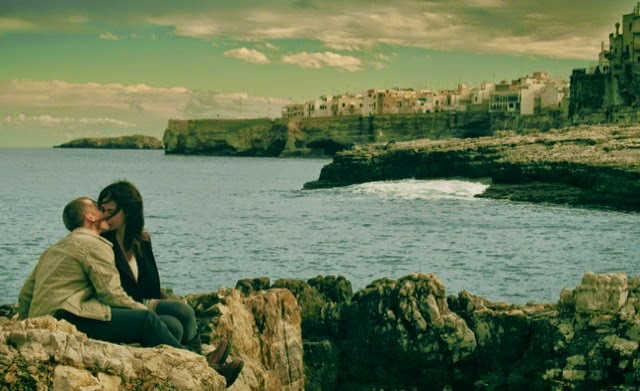