You must see Shehzad Hameed Ahmad's FLIGHT OF THE FALCONS 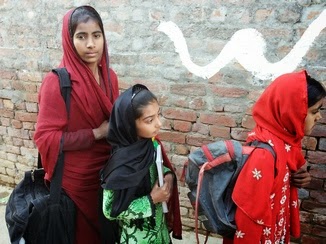 I ran across Shehzad Hameed Ahmad when he asked me to take a look at his fantastic film THE PAKISTAN FOUR Its about four Muslim women who are breaking the stereotype of what they are allowed to do. One woman is a chef, another a comedian and actress, another is fencer and the last is a weightlifter. Running under an hour I really thought it could be a feature and I told Ahmad so. He said it was a possibility down the road, but for the moment he was working on a film on schooling in Pakistan for girls. I asked him to let me know when it was done. He did so and I'm thrilled he did.

FLIGHT OF THE FALCONS is the story of Sister Zeph who turned her one room home into a free school for the girls in her area of Punjab in Pakistan. The school called the Zephania Free Education offers the girls a chance to have something approximating what we would call a proper education, but also some form of vocational training as well. The school was started 17 years earlier when Sister Zeph was humiliated in school. Vowing that it should never happen to anyone else she began her own school. In addition to Sister Zeph the film follows three girls in the school and explores their lives as well. 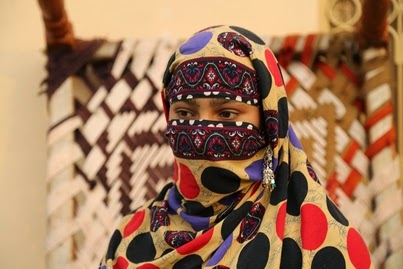 I could wax poetic about all the great things that the film does but there is one thing above all others that it does that makes this film a must see, It simply lets people talk. It lets the girls talk, it lets, Sister Zeph talk and more importantly it lets the people around them speak. We get to hear what the girls' families think, he get to hear what the people in the village think and most importantly it lets those who don't want the girls to learn to voice their opinions.  What they say is almost shocking in it's simplicity- the girls shouldn't learn, not because its bad for them, not because it's against scripture, rather it's because they are going to be wives and mothers and will never need what they are taught so why teach them. When I heard that I was flabbergasted, that's the reason many people have for not wanting to teach the girls- they'll never use it? Really? How do they know?

Another thing that the film does is show the abuse the girls go throw. Using testimony and hidden cameras we see the abuse the girls suffer in school and on the street. In one sequence we watch as I believe it's Sister Zeph walks across a bridge and acosted by a man on the street. He doesn't know that she has been miced up for the occasion and we hear what he says to her and what her replies are. Its both funny and scary and puts what women in Pakistan have to go through into sharp focus. 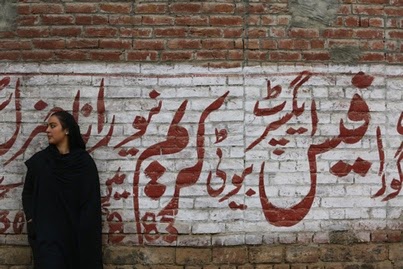 After I saw the film I emailed the director and I told him that he had made one of the most important films I've seen in a while. I honestly believe that. Over the course of the films 47 minutes we see and more importantly we come to understand what it's like to be a girl or a woman in Pakistan. We get to see, really see what these people are going through in a way that the sound bite news stories on American TV never show us.  Even just by running the entire length of a 60 Minutes episode we see way more than we would ever see otherwise if this were produced my an American TV organization.

This is a brilliant film and it will knock your socks off.- I knocked mine off and I did what I do when I see something that impressed the hell out of me, I started to email the link to the film to my friends. I then sat down and started to write the film up so that you could see this film. 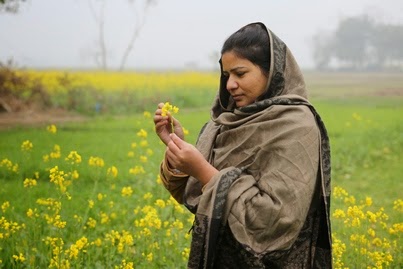 Forget good or bad, this film is beyond that. What director Shehzad Hameed Ahmad has done with FLIGHT OF THE FALCONS is make a film that is vital to anyone who wants to understand what it's like for women not only in Pakistan but in other parts of the world.  You need to see this film because you need to understand what you think you do, but you probably don't really. I thought I did but I found out I was wrong.

Forgive me, words fail me. I can't do the film justice you simply have to see it for yourself.

This film was produced for News Chanel Asia and has run a half dozen times already. Hopefully it will run ten or twenty or a hundred times more than that. I also hope that it will be shown elsewhere  because this is a really important film as far as showing us what we think we know but really don't. 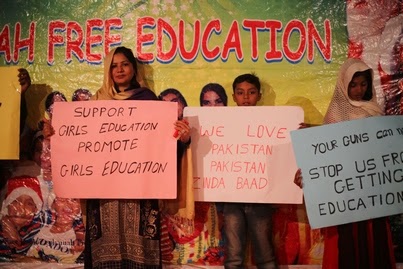