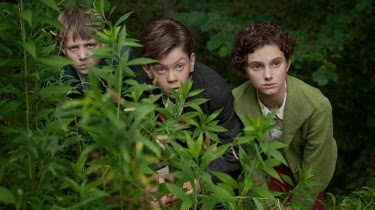 Two friends in the Netherlands deal with the German occupation . Where one follows German rules and regulations, the other sides with the resistance- though to be completely honest neither completely understands what the war and taking sides is all about. Things are complicated when a new girl comes to town and takes one of the boys in her confidence but not the other. As time goes on the tension between the boys increases and all of the secrets one must keep during wartime begin to take their toll.

Good but not great look at life during war time some how just misses being truly compelling. I suspect the fact that the film feels a bit to nostalgic,  or if not nostalgic perhaps a tad too safe. I never completely felt any danger for anyone because the film followed some of the well worn paths for WW2 movies hitting all of the typical tropes of the resistance, Hitler Youth, Jews, refugees. This isn't any place we haven't been before.

I also suspect that the film being decidedly aimed at a younger audience doesn't help either. While this makes it a really good introductory film for parents wanting to teach their kids about war and it's costs, its nothing anyone over say 15 or so hasn't seen before.

The film plays this Saturday and next Sunday at the New York International Children's Film Festival. For more information and tickets go to the NYICFF web page. 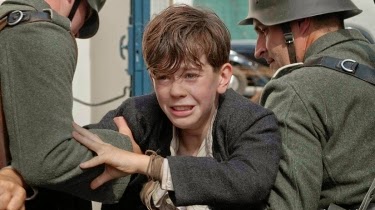