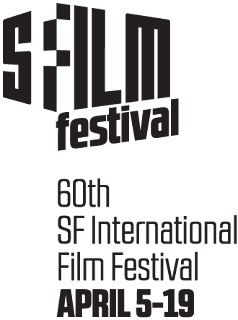 The San Francisco Film Festival starts Wednesday and  it should be on your must see list.

Joe Bendel has been trying to get me to notice the festival for a while now bt it was only after some fierce arm did I really take a look at the festival and wonder why in the hell was I still in New York on and not heading west to the place Tony Bennett loves so.

In all seriousness the festival has one of the best line ups I've seen in a long while. I feel shamed that I haven't been keeping this fest on my radar.

To help you pick out some good ones here are a link to the films we've reviewed so far.

Born in China
Buster's Mal Heart- I am embargoed because I saw this as part of Tribeca but this is a love it or hate it film about a bent sense of reality
By the Time it Gets Dark
Challenge
Cinema Travelers
Everything Else
Future Perfect
Life After Life
Lost City of Z
Marie Curie
Ornithologist
Stop Over
Unknown Girl
Wedding Plan- Again I am embargoed because of Tribeca but this is a wonderful comedy about a woman trying to find Mr Right on  three week deadline. (One of Tribeca's best)
Yourself and Yours
---
And now a couple of quick notes because we are hip deep in Tribeca coverage. We’ve been in the city every day seeing films meaning we’ve had little chance to do little else. While I can’t give details, it’s an atypical year with most of the films being very good.
--

While I will mark spoilers I have to ask that when you’re talking about films early in release or in the case of a critic one that hasn’t come out yet, please watch what you say about a film. Earlier this week a certain critic announced to a room full of critics who hadn’t seen Colossal why he disliked it going into details of plot. I and a few other people wanted to kill him. His attitude was he didn’t think we needed to see it- but that’s our choice to make.

Please watch what you say or at least modulate your voice.

I’m not going to get into it but I am growing weary of special groups saying that I shouldn’t comment on this film or that. One day this week I had someone say that my dislike for a certain film was based on my being a white male. If I was a woman I would understood it. When I asked what their take on the film was I was informed that they had not seen the film. When I asked then why couldn’t say anything I was told because men shouldn’t comment on films made by women.

I won’t discuss the absurdity of that statement. I’ll only say that we do not live in an echo chamber and that once something is put out to the world it’s open to interpretation by whomever sees it. That goes for all work. How I see a film may not be how an artist does, regardless of their gender, race or orientation. Even if I line up with said orientation how I see the film maybe different simply because my experience maybe different.

If an artist puts it out it has to be judged on what it is and not who made it because ultimately most people probably will never know who made it and how they label themselves.