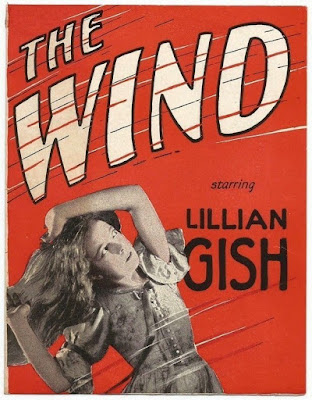 Victor Sjöström’s The Wind marked the end of not one but several eras. It was the last major silent film released by Metro-Goldwyn-Mayer, one of Hollywood’s most powerful studios. It was the last silent film starring Lillian Gish, one of the first actual movie stars who also helped invent a distinctly cinematic style of acting in opposition to the overly theatrical mode that dominated film’s earliest years. Finally, it was the last silent film directed by Sjöström, one of the great filmmakers of the silent era both in his native Sweden and in America where he made films under the anglicized name “Victor Seastrom.”

It follows the fate of Letty Mason, an ingenue of the mold Gish herself helped popularize, moving to rural Texas to live with her cousin Beverly (Edward Earle). Before she even leaves the train station she’s beset by the affections of not one but three potential suitors, the most alluring being Wirt Roddy (Montagu Love), an overly friendly cattle buyer. After she’s bullied by Beverly’s jealous wife who suspects her of loving her husband, she runs away to marry Wirt only to learn he’s a scoundrel who only wants her for a mistress. Reeling from shock, she allows herself to be wooed and married by one of her original suitors, Beverly’s neighbor Lige Hightower (Lars Hanson). Their marriage quickly dries up as Letty’s coldness drives Lige to bitter resentment. And all the while the screaming Texas wind howls and bangs at the windowpane of Letty’s mind.

Though his visual style was nowhere near as extreme as German Expressionism, Sjöström still transformed the desolate wilderness of the Mojave Desert into a screenscape as eerie and otherworldly as anything by Murnau or Wiene. The film contains some of the most striking images of his career: a white demon horse bucking in the clouds, a tornado rushing towards a crowded barn, a psychologically shattered Gish going insane while trapped alone in her house during a wind storm.

The Wind was also notorious for a tacked on happy ending contrary to the original novel where Letty discovers married bliss after killing a violent suitor. This was one of the rare times where a superficially happy ending gave a film an unintended sinister undercurrent: did Letty actually discover happiness in the promise of domesticity, or was she so crushed by suffocating patriarchal pressures that she finally succumbed to them?
Posted by Steve Kopian at May 09, 2020