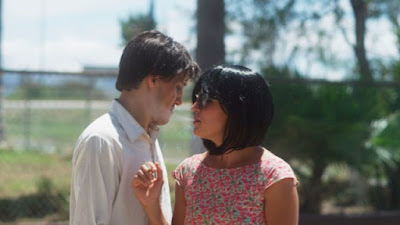 I am going to keep this brief. It’s not that FAUNA is a bad film rather there is a flip or trick in the film and I can’t really discuss the film without going into what happens. I know some of you are screaming at your screens that I’m giving something away- but I’m not. The NYFF write up mentions something about it and how it’s done makes knowing that its there kind of irrelevant. I mean it’s not going to change how you react to the film.

The film begins with a Fauna, her brother and her boyfriend going to her parents home in the country. Once they get there they talk and things happen… and the rest would be telling.

Honestly my reaction to the film was kind of meh for the early going, it was okay but nothing special. Then once we get to a certain point suddenly things get shaken up and what was film I was falling asleep to woke me up and had my attention. I was intrigued and wanted to watch it again just to see it knowing what the ah ha moment was at the start.

A small neat film Fauna is worth a look who look for films that are more than the same old stuff and mess with your perceptions of reality.
Posted by Steve Kopian at September 20, 2020