NYFF Shorts: Thoughts on sections 3 and 5 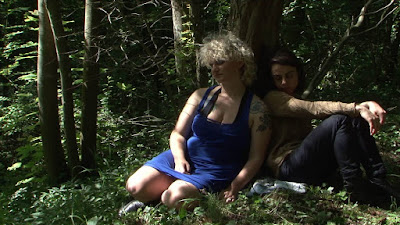 Section 3 is called LETTERS FROM HOME  and it's a series of films that seem to want to connect places that we were and where we are through experimental means. Some of the films work better than others, but sadly only one of the films really stuck with me.  The final film EPISODES which is a series of loosely connected conversations between twenty somethings really stayed with me. It's not so much that the film is the most conventional of the group, rather it is the only one that actually feels like something more than a piece of art. This is the one film in the section that feels genuinely alive on its own terms and not a collection of sounds and images put together by the director. It also helps that the conversations seem natural and  real.

Section 5 is THE MEDIUM IS THE MESSAGE and is collection of three films where the directors meditate on their work and life. It's a mixed bag 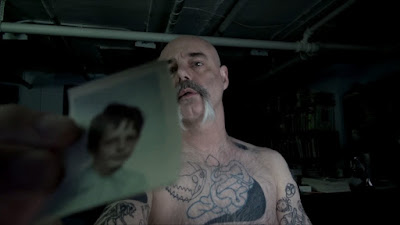 AN ARROW POINTING AT A HOLE has director Steve Reinke talking to the camera and discussing his work and ideas. Incredibly highbrow and in your face it seeks to examine how he sees the world. Reinke annoyed me more than engaged me and I tuned out quickly as he seemed to be trying much too hard to make his point. (I also hated that he was obviously reading everything he was saying) 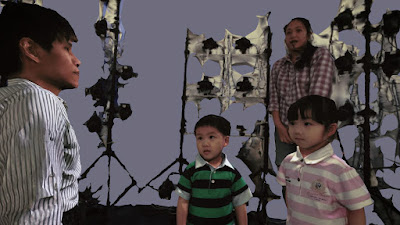 SINGLE COPY is an interesting look at the life of the surviving twin who was once conjoined with his brother. If a film is supposed to make you think and feel this one does it in spades. 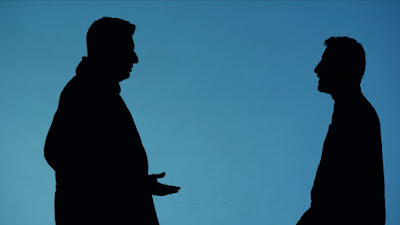 ONCE REMOVED using a slide show director Lawrence Abu Hamdan takes historian Bassel Abi Chahine through the his collection of artifacts charting his material related to the Lebanese Civil War...and his past life as a fighter during the war. Intriguing look at life, death and the notion of past lives. This is a one of a kind film that you fall into. Not only is it a wonderfully told tale but also a hell of a story.
Posted by Steve Kopian at September 30, 2020