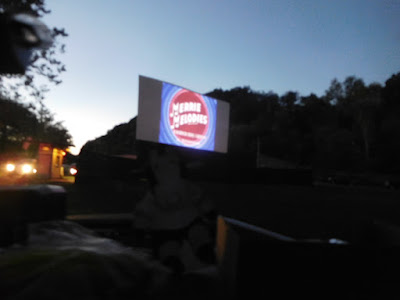 If you think that the NYFF coverage has been crazy consider that the Festival of Cinema NYC, The Asian American International Film Festival and Globaldocs all start this week and I'll have coverage of all of them.... plus there are lots of new releases...
---
The Stay at Home Fest Bonus Films are stopping after the 2nd.
I know a bunch of you have really been enjoying them, but the problem is it takes a lot of work to  go through material to find an interesting link or two, especially when I am trying to cover the heavy loads of festivals.
I suspect that I will probably bring them back - once the current film festival avalanche ends.
---
Because Covid altered the way everyone is watching movies I don't think there will be an Unseen Film Awards this year...or at least as we've had done in past years. I don't think it will be possible to get a consensus of a best film of the year when so many people are not watching the same things.
I suspect that there will be something but at this point it is way too early to know what that is going to be.
---
There is a good chance in the next couple of weeks I may be stepping a way for a while. As in the past this will mean the new release and festival coverage will disappear while I am gone but you'll get some of the older film reviews that I have banked into next May.
The reason this may happen is partly burn out, partly needing to take care of things in the real world and lastly covid's effect on the film industry. That last one is simply the realization that I'm covering a lot of things not because I want to but because it's just what is out there.I'm taking things I am only remotely interested in so you'll have a new film review to look at. The result is my writing is suffering, the pieces are getting shorter and I'm not happy.
Additionally I had an thunderbolt moment the other night when I put in for two festivals without looking at their slate and then started to put in for Chicago only to realize that I had seen the majority of the films at all three festivals- plus the fests were overlapping with each other. I was trying to commit to cover films I've covered... I stopped the application process for Chicago and I'll wing the other two as best I can assuming they let me cover them
Ultimately with many fests now being versions of other festivals because of Covid things simply aren't exciting the 3rd time through, and I find I'm taking things in the blind hope of good new material. I can't do that anymore.  I need to find a reason to keep this circus going.
.
However that's down the road and right now I have four festivals to cover....
Posted by Steve Kopian at September 27, 2020